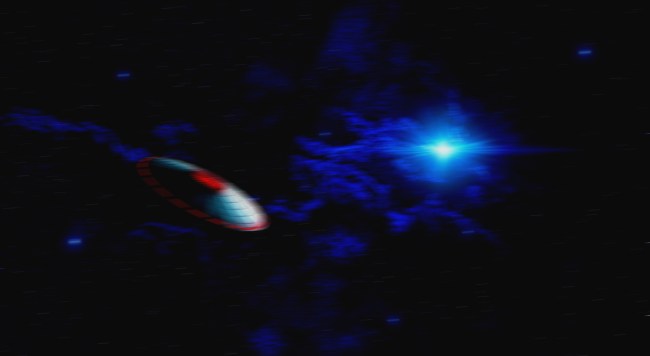 Multiple sets of footage showing several glowing orbs (no, not that orb), similar in nature to others that have been captured on video numerous times prior, darting around in the sky recently above Miami.

The wild UFO videos appear to have been first shared to Twitter by a lawyer named Rogan O’Handley and show a large glowing orb surrounded by five smaller glowing spheres. As the footage progresses, the smaller orbs suddenly jet off in different directions before vanishing into the night.

O’Handley, who has around 190,000 Twitter followers, wrote in the caption of the first tweet, “Um what?!? This video is from a friend in Miami. Can anyone explain?”

He then followed that video up with a second one stating, “This is video #2 from the same friend in Miami.”

You can watch both of them combined into one 59-second clip below.

The footage quickly caught fire on both Twitter as well as on Reddit where opinions were rather evenly split between the videos being fake and those who took them as real with some even claiming they saw the same set of orbs on the same night in Miami.

On Reddit, a third video of the UFO sighting made its way online, with the person who shared it, writing, “I don’t know why everyone here is jumping on the fake bandwagon. There’s now 3 videos of the same event.”

Another person shared, “This looks very similar to what was seen early today in Oaxaca, there was also a big earthquake.”

Another person wrote, “I know this is real because I saw one last night moved exactly like that and covered same distance. Im happy to know for sure!! Wow. This is also east coast, my wife was with me and saw same thing as I.”

Meanwhile, a person who lives nearby commented, “Looks a lot like the video I posted from Miami 2 days ago. I live maybe 5 buildings away at most from the balcony this was filmed on in Downtown.”

I am almost certain that this was faked, but not 100%. The reason being that it is quite an elaborate hoax if it is fake.

Some people have suggested the “animation is the same” in these 2 videos, but it is not. This twitter video has conveniently synced up the 2 videos and we can see that the positions of the objects look very similar, however they are not exactly the same. The 2 videos appear to be shot from different perspectives within the same building.

So if the videos are fake, it means that someone took the time to create 2 different animations of the same objects in 3D. Certainly possible but they made it much harder on themselves by having one guy wave the camera around like a maniac.

Whether the three UFO videos are fake or real is most certainly debatable, however, there is no denying the fact that the footage is eerily similar to the bizarre “fleet” of 14 glowing UFOs that were caught on camera off the coast of North Carolina in October of 2019.