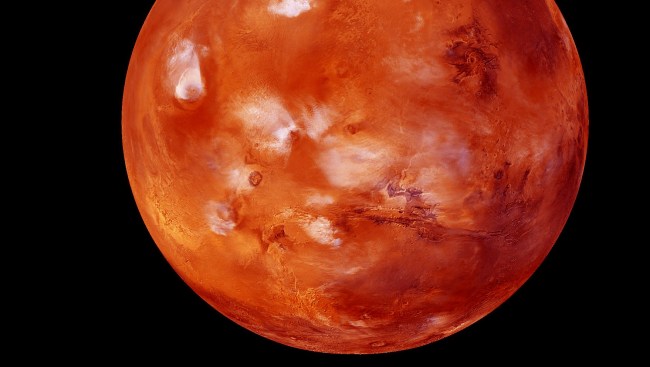 Considering the news that came out of a recent experiment confirmed a 50-year-old theory that aliens could possibly collect black hole energy, is it really any surprise that they would also have created and used engines “far more advanced” than anything we have ever built?

The answer to that question is obviously, no.

Especially when you throw in all of the cover-ups governments and space agencies have been involved in over the decades, and in particular when it comes to alien life on the planet Mars.

This latest discovery on the surface of Mars comes to us via prolific UFO and alien expert Scott Waring, who while perusing photos of Mars came across a Mars Rover image that he believes shows some of the advanced technology once used by aliens on the red planet.

“I found an ancient artifact on Mars today in a Gigapan photo,” Waring write on his website.

“The photo shows an object laying on the surface of Mars that closely resembles todays modern jet engines.” 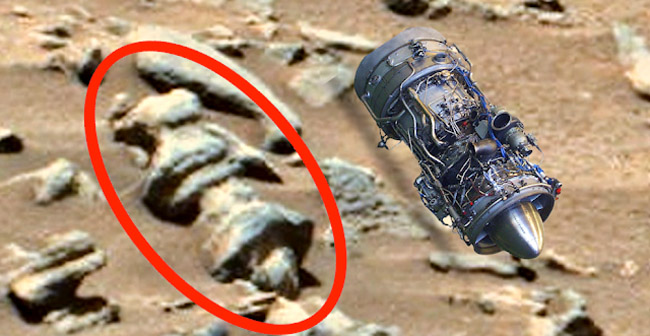 “The object is old, dented and has a layer of dust on it, but it still stands out clearly from the other objects in the area.

“This evidence is proof that aliens on Mars did have engines far more advanced than our own. Engines capable of not using wires or tubes, but using micro tech built directly into the object’s structure.”

Waring added that while investigating this photo he also “found several alien faces,” one which closely resembles the aliens head in the movie ID4.

Between that, new research which strongly hypothesized that the liquid ocean beneath Pluto’s icy surface could be home to alien life, and a recent study that revealed 36 “active” alien civilizations in our galaxy may be trying to contact Earth, is there any doubt that…