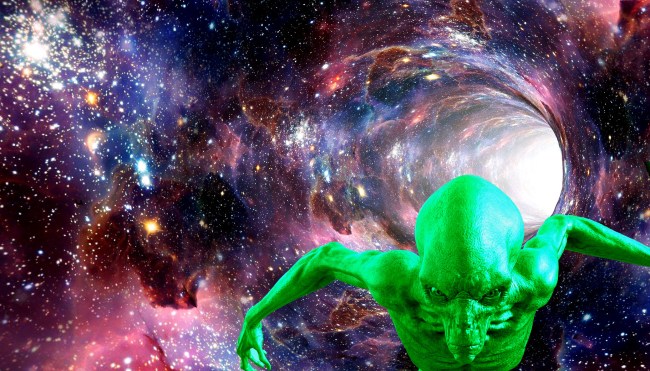 Way back in 1969, scientists began studying whether it was theoretically possible for the energy generated by a black hole to be harnessed or collected.

British physicist Roger Penrose is first credited with coming up with this theory, aptly named thereafter the Penrose Process.

In 1971, Soviet physicist Yakov Zel’dovich continued to develop Penrose’s theory and developed an experiment to test it out.

Unfortunately, it was 1971 and no one, not even the Russians had the technology to actually pull off this experiment because according to Phys.org, a proposed metal cylinder he would need for his test would have had to have had the ability to rotate at least a billion times a second.

Fast forward to the year 2020, and researchers from the University of Glasgow’s School of Physics and Astronomy have finally pulled off a way to demonstrate Penrose and Zel’dovich’s black hole theories by “twisting” sound instead of light as the Soviet scientist suggested.

Yakov Zel’dovich suggested the theory could be tested with a more practical, earthbound experiment. He proposed that “twisted” light waves, hitting the surface of a rotating metal cylinder turning at just the right speed, would end up being reflected with additional energy extracted from the cylinder’s rotation thanks to a quirk of the rotational doppler effect.

The University of Glasgow researchers instead used a small ring of speakers to create a twist in sound waves to achieve the same goal.

Those twisted sound waves were directed towards a rotating sound absorber made from a foam disc. A set of microphones behind the disc picked up the sound from the speakers as it passed through the disc, which steadily increased the speed of its spin.

What the team were looking to hear in order to know that Penrose and Zel’dovich’s theories were correct was a distinctive change in the frequency and amplitude of the sound waves as they traveled through the disc, caused by that quirk of the doppler effect.

“What we heard during our experiment was extraordinary,” said Marion Cromb, a Ph.D. student and the paper’s lead author. “What’s happening is that the frequency of the sound waves is being doppler-shifted to zero as the spin speed increases. When the sound starts back up again, it’s because the waves have been shifted from a positive frequency to a negative frequency. Those negative-frequency waves are capable of taking some of the energy from the spinning foam disc, becoming louder in the process—just as Zel’dovich proposed in 1971.”

So, theoretically, aliens with the right technology, i.e. having some sort of spacecraft capable of moving faster than the speed of light, could indeed harvest the energy being generated by a black hole.

Of course, if aliens (or humans from the future) have technology as far advanced as that, is it any wonder that experts believe there could already be aliens living amongst us and why, despite hundreds of UFO sightings, we’ve never actually been able to gather clear proof of their existence.

Some day we will find out, hopefully, because as we already know…