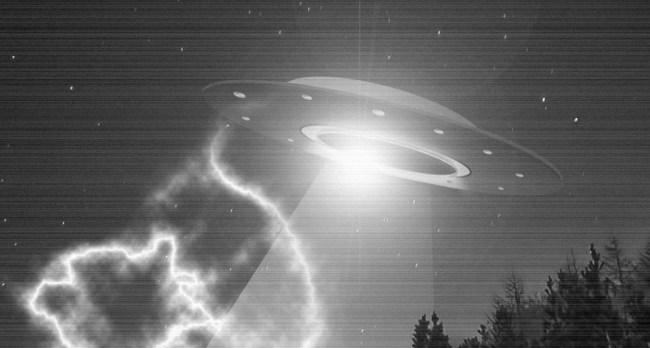 As we have seen and chronicled over the past several months, UFO sightings have been occurring at a rapid rate these days, ever since the pandemic, which may or may not have been triggered by aliens sending a tainted “meteor” crashing into China in 2019, began changing the world as we know it.

There appears to be no limit to where these sightings are taking place as now we even have one that’s been documented in China, of all places.

Speaking of aliens and China, the country is very secretive when it comes to anything remotely controversial or secret, so the fact that a witness was able to document a UFO sighting and release it to the public this week is quite an accomplishment.

This new footage, which was sent to prolific UFO and alien expert Scott Waring, was taken in Changchow, Fujian, China on July 1, 2020.

Waring withheld the name of the eyewitness to keep them safe, but he did write on his website, “The eyewitness were driving along a road when they noticed a strange object hovering above the distant hill. The man panics and says that looks like a UFO, its a UFO!

“He goes on to say its not a cloud, but hovering in place. It hovered there for half an hour.

“He says the white object had what looked like wings and that maybe it was some kind of equipment like a blimp but it didn’t look like any balloon he had ever seen.”

Waring added, “Absolutely amazing video and this object in the sky is defiantly not a blimp or balloon. This looks like an alien craft to me. But it could be a secret military craft.

“If this is a military craft, then its important to keep the eyewitness identity hidden. China would seek revenge on them.

“But the way its hovering over the hill, is like it just exited the hilltop.”

This wouldn’t be the first time an alien craft was spotted and speculated to be exiting a hill or mountain. In fact, it’s becoming quite common.

It’s sighting like this that are a big part of the reason why the U.S. Senate Intelligence Committee recently voted to release previously secret government UFO reports to the public.