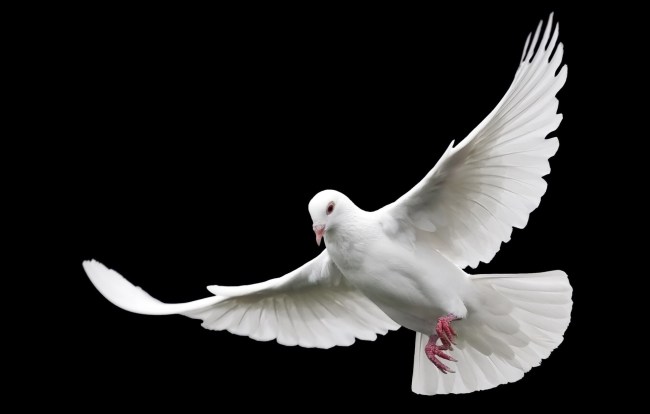 As if we really needed more proof that all the UFO sightings and other supernatural occurences that have been taking place of late are, in fact, related to aliens studying and messing around with Earth, now we’ve got more rather indisputable evidence.

Around five months ago, someone in Gallup, New Mexico captured footage of a bird hovering motionless in mid-air. There was never any solid, rational explanation given for what happened.

Two weeks ago, a full-size plane was caught on camera just hovering in mid-air, not moving at all. There were a few explanations suggested, but according to prolific UFO and alien expert Scott Waring, what was really happening was alien in nature and the “phenomenon of missing time.”

“Such moments occur when aliens chose to abduct people when they are within a vehicle or structure and they freeze everything in that vicinity,” Waring wrote about the bizarre footage.

“Time is frozen inside this bubble they created. But the aliens themselves can walk around, examine, record and take samples of the people in this area.

“So we see the plane sitting for about 10-20 seconds in the same location…however 15-30 minutes could have passed for the aliens.”

Fast forward to last week and it happened again with what by all indiciations appears to be a bird floating completely motionless in mid-air in Tuluá Valle, Colombia.

“There is a static pigeon in the air next to a 4G antenna and there are apparently no wires nearby,” the caption to the video states.

So… uh, what on God’s green Earth is going on this time? Is this yet another glitch in the matrix?

“Now here is something you don’t see everyday,” Waring explained on his website. “A white pigeon frozen in midair near a 5G tower.

“It’s like a time bubble was made by the 5G antenna and this poor pigeon was unlucky enough to get caught in it… we really don’t know what 5G towers will do.

“Of course the radiation exposure will increase, the static electricity in the area will increase, but what does it take to create a bubble in time…invisible to the naked eye, yet within it…all time slows down?

“For this bird, time is normal, but for us watching it, it seems frozen in place.

“Is such a thing possible? Yes of course it is…with alien technology…but does 5G use alien tech that has been kept secret to the world? I believe it does.

“Can you imagine having a house near the 5G tower…you could go to brush your teeth and get caught in a time bubble never to exit for weeks, months or even years. And when you do, you will never know that anything had happened.”

First, the alien coronavirus and 5G theories, and now this. Perhaps the two are tied together in some way?