Anomalies Spotted On The Moon Are ‘Undeniable Proof’ Of Alien Life, Claims Expert 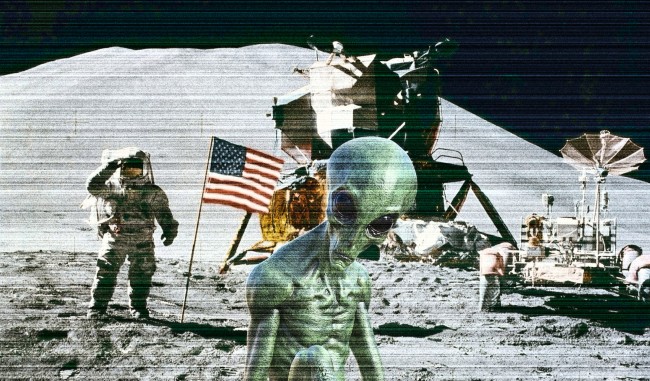 As we have seen numerous times in the recent past, one of the most utilized outposts for aliens, both currently as well as in the past, is believed to be the big space rock closest to planet Earth: our moon.

Considering the fact that advanced alien life forms may have once existed on our planet, along with a new study which revealed 36 active alien civilizations in our galaxy may have been trying to contact Earth, this shouldn’t be terribly surprising.

Prolific UFO and alien expert Scott Waring, who is constantly on the lookout for signs of extraterrestrial activity, believes he has found not only an alien ship in a crater of our moon, he also believes he has located a base on the moon that he calls “undeniable proof” of the existence of aliens.

Not only that, Waring writes on his website that the alien ship he discovered on the moon measures approximately 50 miles across.

“I believe about 25% may not see what is there. Our eyes need time to get use to black and white, so if you cant see the structure in the crater, don’t worry, come back tomorrow and try again,” he writes.

“The Google ruler says its 50 miles across. There is a long black structure in this crater,” Waring continues. “The top has a huge black window cockpit area. There are three small arms coming out the back of the craft. It looks like the arms are anchoring onto the side of the crater. Absolute proof of alien life on our moon.” 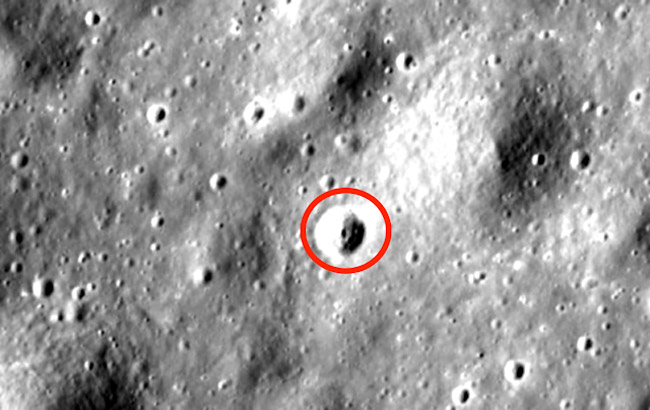 His other discovery is of what he believes to be some kind of alien base on the moon.

“I believe this structure to be grown, a bioengineered structure,” he writes on his website. “Most alien species are so advanced they don’t want to bother making things the old fashioned way, so growing their structures saves them time, time in which they could use doing other activities.

“Notice the wing on the top. The opening in the front. It’s a structure but also a spaceship that can be moved from place to place.”

Are these and the other recent discoveries made about our moon thanks to the advent of 21st century technology the reasons why the Apollo missions ended in 1972 and NASA has not returned to the moon since?