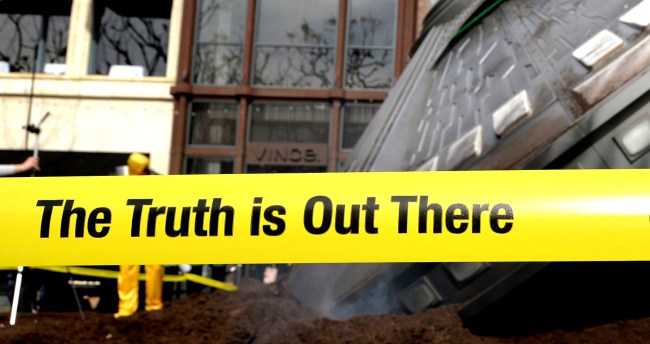 Residents of Glasgow, Scotland were left bewildered this past Saturday by the appearance of three mysterious UFOs in the sky above their city.

Local artist Michelle Hynes was one of the area residents who managed to capture images of the UFOs hovering in a triangular formation before they vanished.

“I’m an artist and at 7 a.m. this morning I was out taking photos on Byres Road,” Hynes told Glasgow Live. “When I got home looked at the pics. Three UFOs above Byres Road. I didn’t notice them when I was out, then when I got home I had a look and that’s when I saw them.”

Another Glasgow resident also captured images of the three UFOs

Glasgow resident Robbie Morrow also reported seeing the same objects in the sky and was able to film what he witnessed.

“I was out walking the dog when I saw one trail, like a shooting star then another started to go another direction,” he said. “But they went on for about 10 minutes at least. Then the one light in the center illuminating. Was bizarre!”

Related: Pilot Captures Wild Video Of A Flashing Fleet Of UFOs While Flying At 39,000 Feet

This is the second time in a little over a month that an unidentified flying object has been spotted in the sky above Glasgow, Scotland.

Back in November, Lynsey Currie told Glasgow Live about her UFO sighting which was captured on video by her boyfriend.

Is it a coincidence that in the same year that the United States government finally started to reveal some of its secret files on UFOs that there have been so many UFO sightings?