Pilot Captures Wild Video Of A Flashing Fleet Of UFOs While Flying At 39,000 Feet 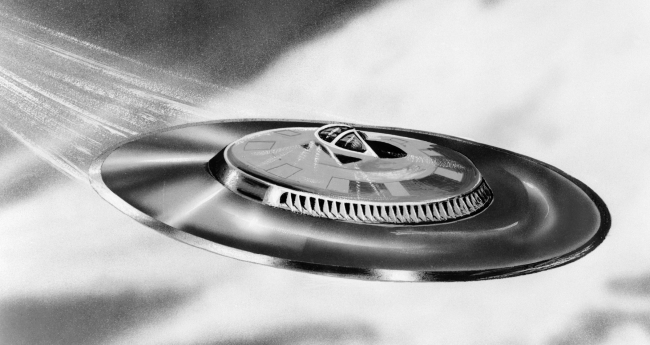 There has been quite a flurry of UFO sightings and reports over the past couple of years, especially since the Pentagon announced it would be more transparent when it comes to disseminating what it knows.

Of course, their hand has been forced quite a bit thanks to the advent of the internet and former military and government whistleblowers coming out of the woodwork.

This new openness and access has also emboldened average citizens to share their tales of UFO encounters with more ease and regularity.

One such case occurred, as it often does, to a pilot flying recently over the Pacific Ocean.

Thankfully, he managed to capture some video of his sighting of a fleet of UFOs while flying at 39,000 feet.

In the video, which opens innocently enough with a view of the horizon, we see a fleet of “weird” lights flying in formation, moving and rotating in unison in and above the clouds.

“I do not know what that is. That is some weird sh-t. That is something flying,” he can be heard saying in the almost one minute long clip.

Viewers of the video were left stumped as to what it was exactly that the pilot had witnessed.

“There were 30+ craft here, the way they almost flicker then blink away is very interesting, gives more credence to cloaking and potentially inter dimensional travel, assuming that these are genuine crafts which looks probable to me,” one viewer commented on YouTube.

“I’ve always been highly sceptical about aliens but I must admit this looks pretty convincing!” another wrote.

“There are sightings and reports of this exact type of experience since the late 40’s and early 50’s. What exactly they are is apparently still a unknown part of our reality,” someone else commented.

They do look a little similar to the infamous “Lubbock Lights” seen by 19-year-old Carl Hart, Jr. on August 30, 1951 and later published by Life magazine.

They are also somewhat similar in appearance to some mysterious lights that recently appeared over northern India.