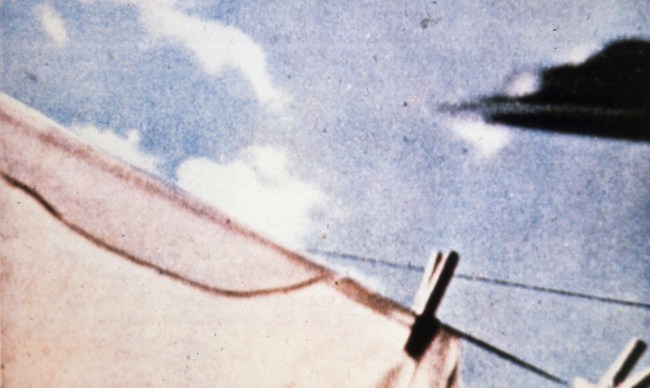 There are few people with more inside knowledge about the world of UFOs, Demi Lovato aside, than the former head of the Pentagon UFO program Luis Elizondo.

Elizondo, who has a new tell-all book coming out soon, that will “reveal shocking never-before-shared details” and have “profound implications for humanity,” recently spoke to GQ UK about some of his experiences working for the government in the Pentagon’s Advanced Aerospace Threat Identification Program (AATIP).

In a lengthy interview, Luis Elizondo discussed some of his experiences working for the AATIP, his current work with congress helping to set up a program that works with allies to report and monitor UAPs (unidedntified aerial phenomena – today’s government term for UFOs), and whether he believes many of the UFOs witnessed and reported in the past were man-made or from some other world.

When asked why he believes many of these UFOs are not just some sort of foreign government’s spy technology, Elizondo’s answer was striking.

“Well, if that were the case, this would be the greatest intelligence failure that this country has ever faced, including that of 9/11,” Elizondo explained. “Because some country, for more than 70 years, has managed to be able to conduct operations with a technology that surpasses anything that we’ve ever had or currently have. And they’ve been able to operate in and around our restricted airspace unchallenged.

“But the second reason is there’s a time aspect. I have in my possession official US government documentation that describes the exact same vehicle that we now call the Tic Tac [seen by the Nimitz pilots in 2004] being described in the early 1950s and early 1960s and performing in ways that, frankly, can outperform anything we have in our inventory. For some country to have developed hypersonic technology, instantaneous acceleration and basically transmedial travel in the early 1950s is absolutely preposterous.”

3/21/66: With unidentified flying objects reportedly frequenting the southern Michigan area, curious citizens are turning out by the hundreds to scan the night sky. These area residents gathered late at the scene of a reported sighting by Dexter patrolman Robert Huniwell.

Elizondo also confirmed that there are a lot of videos of UFOs in the government’s possession that the public still hasn’t seen.

“There’s one that’s 23 minutes long,” he said. “There’s another one where this thing is 50 feet away from the cockpit. I mean, it ain’t ours. We know that. Sometimes you just couldn’t believe it – you’d have seven or eight incidents in a single day.”

He also explained why pilots’ observations and reports of UFOs are so important.

“The pilots are trained observers,” said Elizondo. “They are trained to identify an aircraft silhouette at 20 miles away – an SU-22, a European Tornado, a Harrier or even an F-16 – and literally within a split moment’s notice be able to identify friend or foe and shoot it down. What they’re reporting doesn’t fit any type of parameters of any type of conventional aircraft that we know of.”

Elizondo also stated that many of these UFOs may not come from another planet, but rather from another dimension.

3/12/1967: A New Mexico State University student took this photo of what he says is a UFO, while photographing land formations for a geology class. The picture was taken with a 4×5 press camera at F8 at 1/100/second. He said the object made no noise and disappeared as he looked down to change plates in the camera.

He also explained why it may be that so many of these sightings occur near water and nuclear sites: an abundance of super dense hydrogen in water and a potentially limitless supply of energy with nuclear power.

“Right now one of the leading theories out there [about how these UFOs fly] is that someone has figured out a way to manipulate space-time and, in essence, master the idea of antigravity,” said Elizondo.

“Current hypothesis is that it creates a bubble around it and that bubble is insulating itself from the space-time that all of us experience. And so, therefore, the way it experiences space-time within the bubble is fundamentally different from outside the bubble.”

When asked if he believes these UFOs are manned or controlled remotely like a drone, Elizondo responded, “They’re intelligently controlled, for sure, because they’re responding and reacting to our actions. That is for certain,” adding “I suspect they have things inside them.”

As for the recent reports and additional transparency being put forth by the United States government regarding UFOs, Elizondo believes it’s all legit.

“At no time since I’ve been involved with AATIP has my government been involved in an active disinformation campaign, other than initially denying that it was real,” Elizondo said. “The United States government is not in the habit of conducting disinformation on American citizens. There was a time when our government did do that and got caught and so congress passed laws to make sure that will never happen again.”

Read the entire interview with Luis Elizondo over at GQ UK.

Top image: UFO photographed in the sky over DeLand, Florida in 1969.