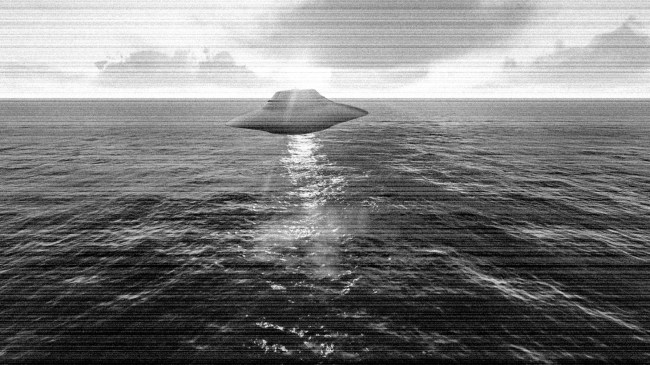 Avril Haines, the United States Director of National Intelligence, made a rather startling admission while speaking at a forum during the “Our Future in Space” event at the Washington National Cathedral.

As U.S. Director of National Intelligence, Haines oversees all of America’s spy agencies including the FBI and CIA so she has rare access to the kind of reports regarding UFOs that very few people get to see.

During one discussion, Haines was asked about UFOs related to the numerous disturbing reports of late coming from several former members of the United States military as well as several government officials.

“The main issues that Congress and others have been concerned about is safety of flight concerns and counterintelligence issues,” said Haines. “Always, there’s also the question of, ‘Is there something else that we simply do not understand, which might come extraterrestrially?’”

Director Haines added, “We were pretty sure that we were not going to get to characterize every single one of these [UAP reports] in the various categories that we identified, because frankly we weren’t able to understand everything about it.

“A large portion of that is based on the fact that we don’t have a consistent way of reporting this information — we need to integrate a lot of data that we get. We need to get better at collecting information that’s useful to us from different sensors that are available to us.

“And we need to deepen our analysis in these areas, and that’s something that doesn’t surprise you in the way that we approach our intelligence work.”

Of note, it was Haines’s office that released a UFO report which finally confirmed there have been objects flying in our skies that not even the government can explain.

Earlier this month, it was reported that an upcoming amendment to the 2022 National Defense Authorization Act (NDAA) proposed by Sen. Kirsten Gillibrand will require the U.S. government to submit comprehensive annual reports on UFO activity in an unclassified format, according to MSN.com

Beyond granting a new, UFO-focused unit robust bureaucratic authorities and access to an array of critical government resources, Gillibrand’s amendment would empower the office’s leadership to initiate and supervise rapid field investigations of UFO encounters.

Moreover, the Gillibrand proposal requires that all elements of the Department of Defense and the U.S. intelligence community share UFO-related data with the new office (which Gillibrand calls the “Anomaly Surveillance and Resolution Office”). Importantly, the amendment mandates regular reporting to Congress if any UFO-related information was withheld from the office due to “classification restrictions” “or for any other reason.”

To top it off, the amendment requires collaboration on UFOs with several key government agencies – including NASA, the Federal Aviation Administration (FAA) and the Departments of Energy and Homeland Security – as well as with “allies and partners of the United States.”

If this new amendment does pass, and all indications are that it will, a new 25 person “Aerial and Transmedium Phenomena Advisory Committee” will be established to assist in investigations conducted by a new “Anomaly Surveillance and Resolution Office.”

The committee will reportedly be made up of members of NASA, the Federal Aviation Administration, the National Academies of Sciences, the head of the Galileo Project at Harvard University, the director of the Optical Technology Center at Montana State University, the Scientific Coalition for UAP Studies, and the American Institute of Astronautics and Aeronautics.