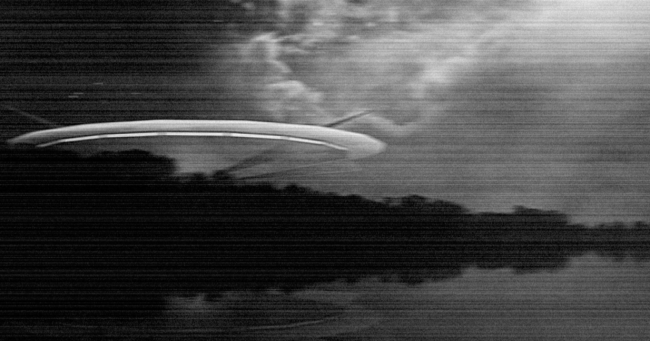 Newly released radar footage shows that the Navy’s USS Omaha was located about 125 miles off the coast of San Diego in July 2019 when it was swarmed by as many as 14 unidentified flying objects.

This radar video was made public by filmmaker Jeremy Corbell, the same documentary film maker that was recently in the news after a Pentagon spokesperson admitted that the United States government’s Unidentified Aerial Phenomena (UAP) Task Force has been investigating other videos and photos he has released.

The footage, taken from the Combat Information Center of the USS Omaha, is from the same event and Corbell, who has refused to identify his sources, says he believes it “is corroborative electro-optic data demonstrating a significant UFO event series in a warning area off San Diego.”

Transcript of audio from the radar recording (via Mystery Wire)…

“US Navy warships were swarmed by UFOs; here is RADAR footage from that event series,” Corbell wrote on Instagram.

“This footage was filmed in the Combat Information Center of the USS Omaha on July 15th 2019 in a warning area off San Diego.

“This RADAR data release shows four clips; multiple unknown targets. Some of the unknown targets drop off RADAR in this footage. At the height of the contacts – there were at least fourteen unknowns observed at one time.

“The event series reached a crescendo with one of the unknown targets entering the water at 11pm. No wreckage found. None of the unidentified craft were recovered.

“This is corroborative sensor data demonstrating a significant UFO event series – where unknowns were swarming US Navy warships.

“This type of cross-platform information verification is both unique and rare in the pursuit of the UFO mystery.”

Gadi Schwartz of NBC News later tweeted, “Just in from Pentagon spokesperson: I can confirm that the video you sent was taken by Navy personnel, and that the UAPTF included it in their ongoing examinations. I have no further information on it for you.”

So… where’s that Pentagon report that was requested by the Senate Intelligence Committee and was supposed to have been released by June 1, 2021?