Former Senate Majority Leader On The Government And UFOs: ‘The American People Deserve To Know More’ 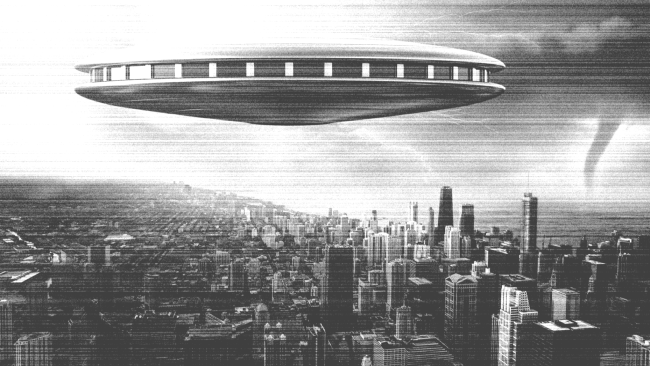 The former Senator from the state of Nevada (home of Area 51) has also revealed in the past that UFOs have been repeatedly reported to have appeared in the vicinity of America’s nuclear weapon sites and interfered with the sites’ capabilities.

Now, with a Pentagon report on UFOs that was requested the Senate Intelligence Committee expected to be released sometime no later than June 1, Reid wrote an op-ed for the New York Times in which he discusses discusses military encounters with UFOs, what we should expect from the Pentagon UFO report, and more.

In 2007, while serving as Senate majority leader, I worked with Senators Ted Stevens, a Republican from Alaska, and Daniel Inouye, a Democrat from Hawaii, to secure $22 million in funding for what would become known as the Advanced Aerospace Threat Identification Program. This clandestine Pentagon operation investigated reports of UFOs and other related phenomena, including UFO encounters involving American military personnel. Some videos and photographs documenting these astonishing encounters have since been made public, reigniting America’s longtime fascination with UFOs.

Though the Pentagon program I helped create no longer exists, the government has continued to study UFOs, most recently through a new program known as the Unidentified Aerial Phenomenon Task Force.

The Unidentified Aerial Phenomenon Task Force is the group pushing for this upcoming government report on UFOs.

Until recently, many military pilots feared the possibility of retribution for reporting sightings of unidentified aerial phenomena. But I believed that an unofficial taboo regarding the frank discussion of encounters could harm our national security and stymie opportunities for technical advancement. Which is why, along with Senators Stevens and Inouye, I helped create that secret Pentagon program in 2007. We wanted to take a close, scientific look at the technological implications of reported UFO encounters.

I believe that there is information uncovered by the government’s covert investigations into unidentified aerial phenomena that can be disclosed to the public without harming our national security. The American people deserve to know more — and hopefully they will soon, with the release of a comprehensive government report requested by the Senate Intelligence Committee on the military’s encounters with UFOs. (The report is due in June, though it may be delayed.)

Reid goes on to explain that, at least to his knowledge, it is currently “unclear whether the UFOs we have encountered could have been built by foreign adversaries, whether our pilots’ visual perception during some encounters was somehow distorted, or whether we truly have credible evidence of extraterrestrial visitations.”

Read the entire piece written by Reid over at the New York Times.