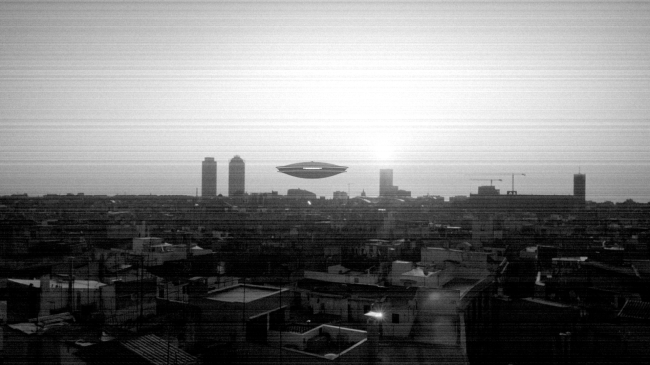 Yet another former United States government official has come forward with concerns and new information about the secrets being withheld from the American public about UFOs.

An investigator for the Pentagon, Lue Elizondo, the former head of the Advanced Aerospace Threat Identification Program (AATIP), now joins a former Director of the CIA, a former Director of National Intelligence, a former Senate Majority Leader, and a ex-Pentagon UFO program astrophysicist in expressing concern over the lack of transparency the U.S. government has shown with regard to what it knows about Unidentified Aerial Phenomena (UAP).

According to Elizondo, who resigned from the Department of Defense in 2017, numerous UFOs have appeared over the years above highly secure U.S. military installations and have even interfered with our nuclear capabilities.

“I’ve been privy to witness to many extraordinary things. Unfortunately, ones that are classified I’m not going to elaborate or share. But I’ve said for the record before, we’ve had video, you know, some of these videos are 20, 25 minutes long. In other cases, these things are 50 feet away from the cockpit, very compelling. But with that said, I’m not at liberty to go into details in those but what I can say are the ones that have come to light,” Elizondo explained to media.

“I think, for me, the most concerning not most compelling but the most concerning, are those incidents that involve our nuclear equities. There seems to be a very distinct congruency between UAP, associated UAP activity and and our nuclear technology, whether it be propulsion or weapon systems or whatnot. And that’s concerning to the point where we’ve actually had some of our nuclear capabilities disabled by these things. So, you know, again, let’s put this into context of foreign adversarial technology if Russia or China had the ability to disable our nuclear strike capability or defense capability. That’s pretty significant. That’s a concern. For us. It should be.”

When asked by a NBC News reporter to elaborate on those statements, Elizondo replied, “There is absolutely evidence that comports to the notion that they have, that UAPs have an active interest in our nuclear technology, and have in the past interfered with some of our nuclear capabilities. That’s fact. Yes.”

This matches up with a claim that former Senate Majority Leader Harry Reid made in a recent documentary titled The Phenomenon.

In the documentary, Reid reveals that UFOs have repeatedly been reported in the vicinity of America’s nuclear weapon sites.

Speaking to The Sun, Elizondo added, “I am not a UFO guy, I am an investigator, my job was simple, to collect the data and speak the truth.

He continued, “If it turns out we have been leapfrogged technologically by a foreign adversary, then we are dealing with an intelligence failure on the level of 9/11.

“It took three years to write the 9/11 report — and I am not sure if these things have been in our skies for decades that 180 days is enough time to provide the level of information Congress is asking for and deserves.”

A Pentagon report on UFOs that was requested the Senate Intelligence Committee is expected to be released by June 1.