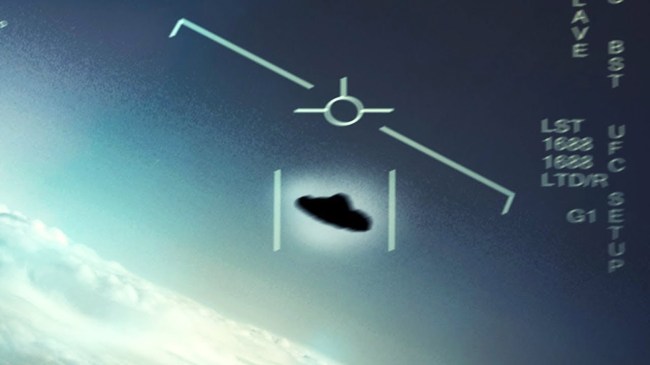 Former Senate Majority Leader Harry Reid, who already gone on record admitting Congress used a “black budget” for studying UFOs, is revealing even more behind-the-scenes information from his time as a Senator from the state of Nevada (home of Area 51) and the Advanced Aerospace Threat Identification Program that he initiated in 2007.

These revelations come from a new documentary titled The Phenomenon, which according to the film’s description “is being hailed as the most credible examination of the longstanding cover-up and global mystery involving unidentified aerial phenomenon. Including shocking testimony from high-ranking government and military officials, NASA Astronauts, other credible sources, and riveting never-before seen footage, the timely film also reveals the monumental events behind the NY Times’ recent bombshell disclosure of The Pentagon’s secret UFO Program, and provides eye-opening evidence that mankind is not alone in the universe.”

In the documentary, Reid reveals that UFOs have been repeatedly reported to have appeared in the vicinity of America’s nuclear weapon sites.

Reid also states that he doesn’t understand why the United States government is so fearful of sharing the truth about what it knows with regard to UFOs.

“Shouldn’t we study the stuff?” said Reid. “The answer’s yes. And that’s all this was about. And why the federal government all these years has covered up, put brake pads on everything, stopped it. I think it’s very, very bad for our country.”

Also featured in the film is late NASA astronaut Gordon Cooper, who discusses his UFO encounters as a fighter pilot in Germany in 1951.

“Unlike fighters, they would stop almost stop in their forward velocity and change 90 degrees sometimes in their flight path,” said Cooper. “And within the next two to three days we’d had practically all the fighters we could muster on the base up climbing as high as they would climb with guys with binoculars still trying to spot these strange devices flying overhead and we never could get close enough really to pin them down, but they were round in shape and very metallic looking.

“And they would come over and do the same maneuvers that we make except every once in a while one of them goes, ‘zip,’ and you just can’t do that in a fighter.”

This past July, Eric W. Davis, an astrophysicist who worked as a subcontractor and then a consultant for the Pentagon UFO program, also told the New York Times that he examined materials that “we couldn’t make it ourselves.”

Davis also reported that just this past March the retrieval and examination of “off-world vehicles not made on this earth” was discussed in classified briefings to a Defense Department agency.

Former Senior CIA Officer Jim Semivan, calls The Phenomenon “The most important documentary of the year and the most accurate examination of the world’s greatest mystery.”

• Three lakes found beneath surface of Mars could be home to alien life on the red planet
• Disk-shaped UFO spotted in the sky over Russia adds fuel to conspiracy theories
• 50 foot tall ‘alien robot’ that could be ‘used in combat’ spotted in Area 51 satellite photo
• Japanese defense minister issues official protocols to military for UFO encounters; do they know something?
• UFO expert discovers ‘alien craft’ that crashed ‘millions of years’ ago in Greenland image
• Signs of life found on Venus? Alien bio-signature discovered by astronomers on Earth’s ‘twin’
• Massive bright light hovers and moves over homes in Florida, sparks strong UFO speculation
• New study says microscopic aliens may have been visiting Earth, and multiplying, for centuries
• New study suggests interstellar space rock Oumuamua ‘could have been sent by aliens’
• Glowing circle shaped UFO caught on video in the sky over London stuns expert
• Landmark new research claims evidence of alien life may exist under ancient ice sheets on Mars
• Ex-Pentagon UFO program astrophysicist admits examining ‘vehicles not made on this earth’