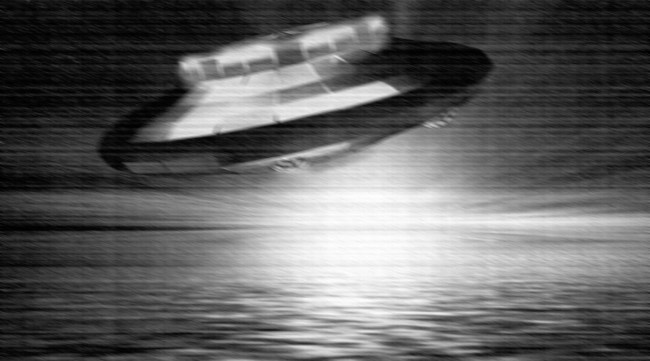 With more and more government agencies and the scientific community starting to finally take seriously the longheld belief in the existence of alien life thanks to today’s technology being used to debunk the debunkers like NASA and others, it’s no wonder the number of UFO sightings have gone through the roof over the past several years.

A key element of this movement is that very technology allowing amateur investigators to use tools like Google Earth, NASA livestreams, archived photos and the like to question the existence of alien life like never before.

The latest example of this comes to us from prolific UFO and alien expert Scott Waring who while studying images of Greenland on the aforementioned Google Earth made a startling discovery. 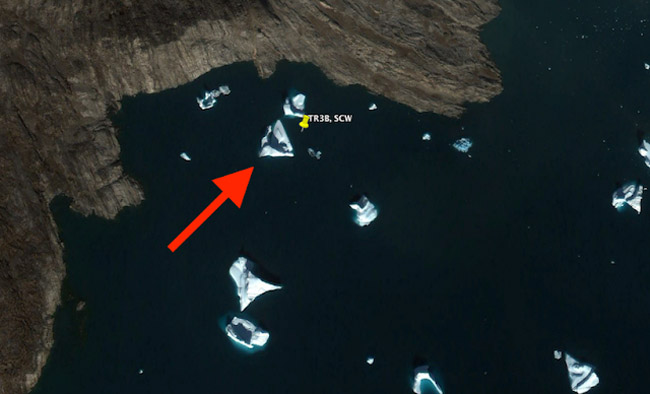 I found a triangle UFO that was attached to an iceberg floating off of Greenland today. I used Google Earth map to find it. The ruler on the map states that the UFO is 68 meters across. Its possible this UFO crashed to earth millions of years and got buried beneath a glacier that melted little by little, dropping fragments of itself into the ocean.

The black line across the cockpit area is very obvious and shows us that this really is a craft, not a coincidence. The corners of the craft are perfectly equal and slightly rounded off. This triangle craft looks like there was ice above it, but apparently it melted off and only the side areas of ice remain still attached to it. 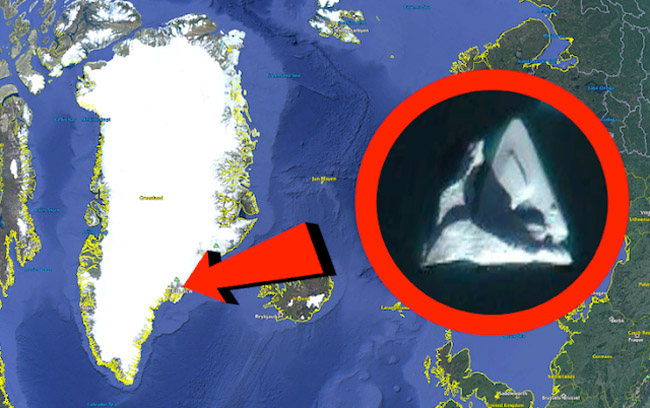 “Now if Elon Musk could just retrieve this craft, humanity could colonize Mars and other planets much faster,” Waring added.

Unfortunately, the first people to colonize Mars will probably die there, according to Musk, but we get his point.