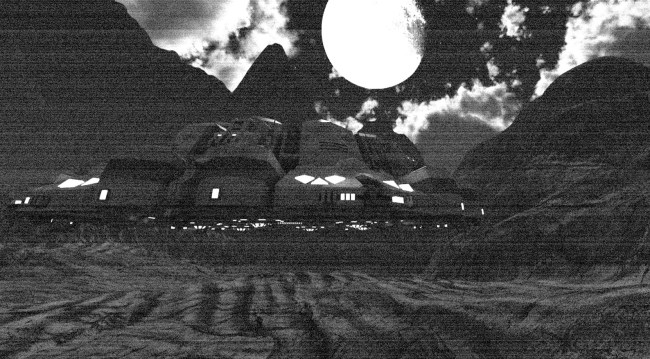 According to experts, aliens have numerous locations where they hide their bases as they study and monitor the goings-on here on Earth. Counted among them are Mars, the moon, the sun, multiple active volcanoes, Greece, Australia, Indonesia, Puerto Rico, and now, thanks to a new report, we can add the desert in Nevada to the list.

This latest UFO sighting, which was captured on video, took place over the mountains of Washoe Valley in Nevada.

The eyewitness states, “I was eating lunch in our breakfast nook and noticed something shiny in the distance to the north, in the sky.

At first I thought helicopter or plane or glider/ultralight (people fly those in this region), but the light did not move.

“I noticed it looked like actually two circular metallic objects. The were fixed in space, between my location on Aspen Creek and Slide Mountain, southwest of Reno NV.

“I took my phone and started recording video. I walked to the window to get a closer look and the objects remained in place. Moving closer I could not see any additional detail. I did not notice the pulsating while watching, but it came out on the video. The objects remained in the exact same position for a while so and stopped the recording. About a minute later I looked up again and they were gone, so I do not know if and how they moved.” 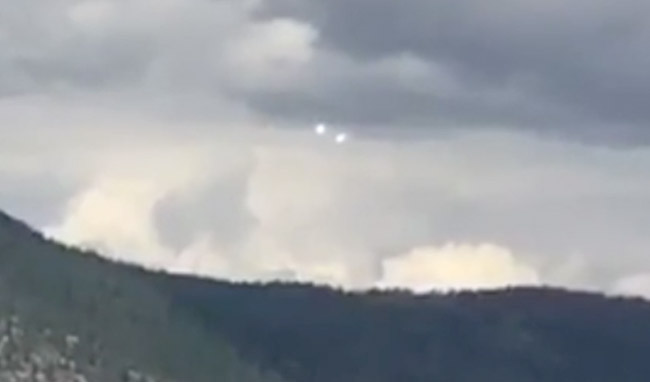 Here is an amazing video of a pair of glowing white UFOs over some mountains in Washoe Valley, Nevada.

Although this video is 1 year old, it was reported today to MUFON and its quality and focus is outstanding.

This is true evidence…evidence of some of the glowing UFOs seen not only in Nevada, but also Colorado Rockies and around the world.

We don’t get to see them come or leave, but that’s how people are…we look around, get board [sic] and assume objects in the sky will stay there for ten seconds or more…only to go back and see they have gone. I too have been guilty of such videos.

One viewer of the video commented, “Ah, yes! My back yard, not literally. I see stuff like this here all the time. to me its routine… Great vid, though its a shame they were too nervous to go outside for a clearer shot. Had one of these hover about 100ft above my head for several minutes one time. I’ve seen so many here that it’s a become a routine. Always exciting.”

Naysayers suggested that what is seen on the video is nothing more than a reflection of something benign, while NASA claims all videos such as this one are merely something called pareidolia or “the psychological phenomenon where people see recognizable shapes in clouds, rock formations, or otherwise unrelated objects or data,” adding there are “many examples of this phenomenon on Earth and in space.”

We all know better though, right? Especially when a ex-Pentagon UFO program astrophysicist has now openly admitted examining “vehicles not made on this Earth.”