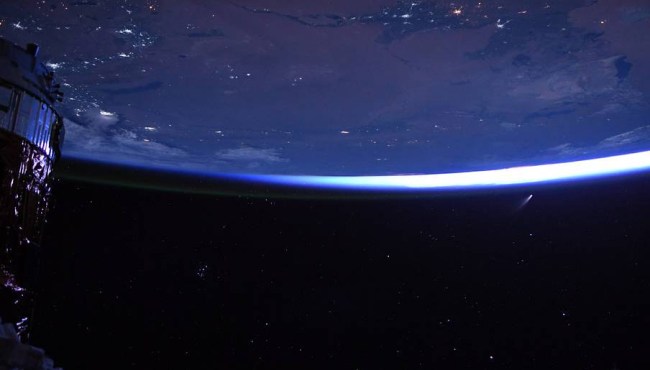 In case you haven’t been keeping up, the big news in the world of astronomy the past couple of months was the discovery of a comet by NASA’s Near-Earth Object Wide-field Infrared Survey Explorer, or NEOWISE, on March 27, 2020.

Since then, numerous astronomers as well as several NASA spacecraft, including Parker Solar Probe, NASA’s Solar and Terrestrial Relations Observatory, the ESA/NASA Solar and Heliospheric Observatory, and astronauts aboard the International Space Station, have been monitoring the comet officially named C/2020 F3 NEOWISE. 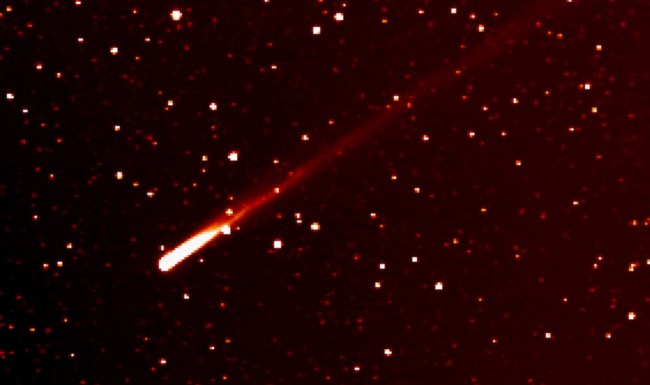 Also counted among those who have been tracking comet NEOWISE is prolific UFO and alien expert Scott Waring.

On July 12, as comet NEOWISE was passing over Hehuan Mountain, Taiwan, as associate of Waring’s captured photos of the space rock and made a startling discovery which he chronicled on his website.

The person woke up early to catch the famous comet Neowise as it was crossing the sky. Later when looking at the photos, a strange red glowing object was seen. The object looks like four balls flying two by two next to each other. The UFO looks huge. You can clearly see it in all three photos of the comet. And this was taken at Hehuan Mountain area, no city lights to bother the camera at all.

Only one photo shows the UFO is high detail, the other two show a fuzzy red blur. So fortunately for us, the eyewitness got three decent photos, each with the UFO. The morning light seemed to cause the last photo to blur the UFO more. The UFO probably left the comet and was gone in 15-30 seconds. Awesome photos. Incredible evidence that Neowise is much more than we believed.

Absolutely extraordinary and I believe this UFO came from Neowise itself. Leaving over the ocean near Taiwan in hopes of not being noticed at 4AM. But as luck would have it…aliens underestimated Taiwanese photographers. Neowise is not a comet but an alien ship making its rounds to transport and to patrol the aliens territories.

“It shows the surface of the comet itself, but when in enlarged it and zoomed it…I found a few structures that reveled the truth…that the comet is not what it seems,” Waring explained on his website. “I found a few structures and alien ships and colored the yellow to make them stand out more. I have zero doubts that these are 100% alien in origin.” 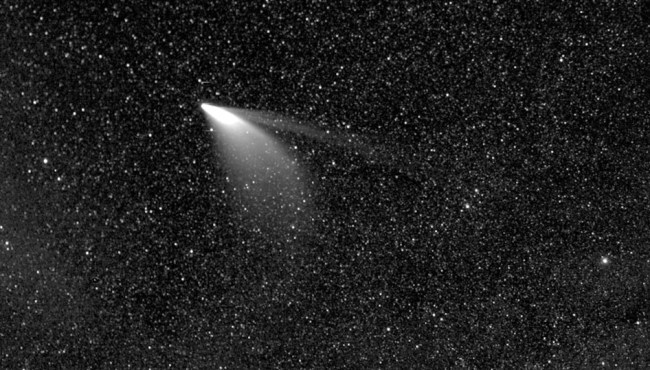 Wild stuff, right? It’s sightings and investigations like this that have cause the United States government to finally start opening up their UFO investigation files.

Not convinced and want to conduct your own investigation? Here’s how to check out Comet NEOWISE for yourself.