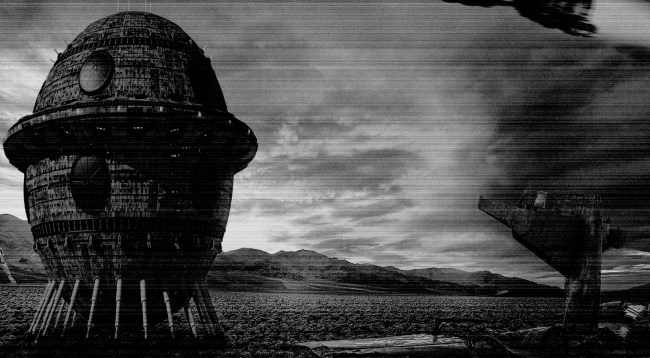 Once again we have evidence that aliens appear to be getting more and more brazen when it comes to not taking care to hide or cloak their crafts while monitoring and studying our planet.

Considering how poorly humans have been handling the current pandemic, which one scientist believes may have originated with a meteorite that hit China back in 2019, it’s little wonder that they aren’t as worried about being discovered.

Their base of operations here on Earth, as we have seen time and time again, are found inside active volcanoes in places like Oregon’s Mount Hood and numerous times in Mexico, as well as in bases underwater, which like a volcano, makes it more difficult for them to be discovered, according to experts.

Now we can add another eyewitness to the list who this time filmed a bell-shaped UFO hovering in the sky during the early morning in Lausanne, Switzerland.

Prominent UFO and alien expert Scott Waring describes the videos and tries to offer an explanation on his website.

He recorded a jug like UFO hovering over the tree tops. He moves the camera away from the UFO as if he though maybe it was just a balloon that was not going anywhere anytime soon, however when he returns the camera to the location…the object is gone. Yes people do this with the camera, yes…I have been guilty of such things…the truth is…when you see something like this, you just don’t expect it to shoot off or disappear. So yeah, I get it, I totally understand him…not blaming him at all for wandering with the camera at 7AM.

This UFO is similar to the Kecksburg UFO incident back in Dec of 1965 that crashed in Pennsylvania. The ship is uniquely similar.

I looked over the detail, the quality of video, the coloration and fading from distance…I can not find any flaws with it. It looks 100% real in all its aspects.

An early morning alien encounter, this is a historical sighting indeed.

This UFO sighting brings to mind that full-size plane that was caught on camera just hovering motionless in mid-air a few weeks back, the bird frozen in mid-air near a 5G cell tower, as well as the strange footage captured in Gallup, New Mexico of a different bird floating in mid-air not moving at all.

Back in 2005, NASA tried to tell everyone the Kecksburg, Pennsylvania UFO incident of 1965 was nothing more than a crashed Soviet satellite, but we all know better, don’t we?

Then again, maybe what this eyewitness in Switzerland actually saw was one of Hitler’s secret gravity-defying bells, which also has supposedly been debunked.