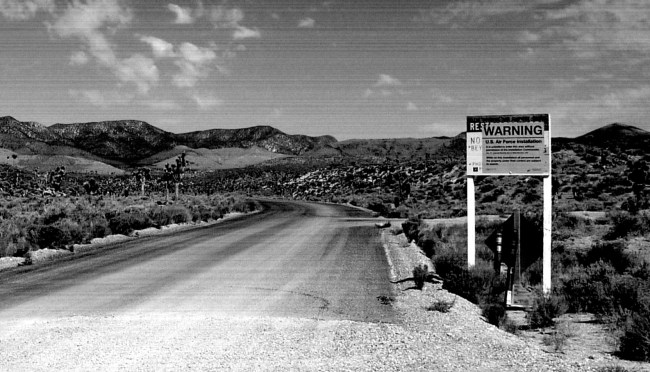 As has been the pattern of late, UFOs have become much more lax in their attempts to conceal themselves. Normally, alien spacecrafts will make an effort to cloak themselves, either using their far superior technology or by forming what to us appears to be a cloud to obscure their location in the sky.

These aliens have obviously been monitoring us with far more vigor than before now that the planet is riddled with a pandemic that they may or may not have unleased on Earth with a meteorite that hit China in 2019.

They know we’re weakened and too distracted to concern ourselves with their presence.

Luckily, if take them at their word, the U.S. Senate Intelligence Committee is not among those who are willing to ignore the clear and present danger of the extraterrestrial threat we now face and are digging deeper into the so-called X-files that have been kept secret for far too long by our government.

The latest example of this potential threat was caught by a NBC Nightly News camera this past week during a report about how the Navajo have been dealing with a water crisis caused by the current pandemic.

While this sighting was surprising to many, prominent UFO and alien expert Scott Waring explains on his website that it really shouldn’t come as a shock as he points out that Native Americans have long reported having encounters with “spirits.”

This video clearly catches a disk shooting out of the clouds and back into the next cloud in the background.

I’m not sure why NBC Nightly News missed it, but they were probably focused so much on the girl that they ignored all else.

Did the UFO deliberately shoot across the background to get caught on TV? Probably not, but they were more likely on their [way somewhere] when they noticed the TV crew and people gathered.

Arizona is a huge bullseye of a hotspot for UFOs. With Area 51 in nearby Nevada desert and Nellis AFB also in Nevada…we kinda know where this UFO was headed toward…Nevada.

The person who posted the video to YouTube also pointed out, “Notice how the UFO ‘rips open’ the cloud as it flies out.”

Was this the same sort of craft that one former Pentagon UFO program astrophysicist said he examined and was “not made on this earth”?

NASA has claimed for years that UFO sightings such as this are nothing more than what is called pareidolia or “the psychological phenomenon where people see recognizable shapes in clouds, rock formations, or otherwise unrelated objects or data,” adding that there are “many examples of this phenomenon on Earth and in space.”

Riiight… and astronaut Dr. Leroy Chiao actually saw South American commercial fishing fleets and not a squadron of alien spacecrafts while performing a spacewalk in 2005.