New Study Says Microscopic Aliens May Have Been Visiting Earth, And Multiplying, For Centuries 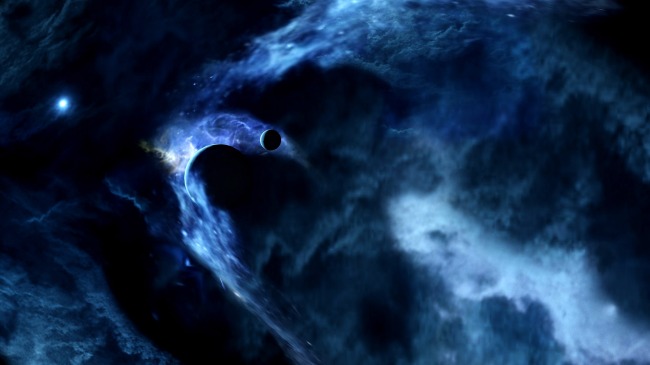 A new study conducted by a team of scientists led by Dr. Akihiko Yamagishi, a Professor at Tokyo University of Pharmacy and Life Sciences and principal investigator of the space mission Tanpopo, posits that microscopic life-forms from outer space (AKA aliens) may have been traveling to Earth for as long as the planet has existed.

Ready to have your mind blown to smithereens?

According to a press release about the study…

Imagine microscopic life-forms, such as bacteria, transported through space, and landing on another planet. The bacteria finding suitable conditions for its survival could then start multiplying again, sparking life at the other side of the universe. This theory, called “panspermia”, support the possibility that microbes may migrate between planets and distribute life in the universe. Long controversial, this theory implies that bacteria would survive the long journey in outer space, resisting to space vacuum, temperature fluctuations, and space radiations.

That is almost as wild a theory as the one that says all these UFO sightings may in fact not be crafts piloted by aliens monitoring our planet, but rather time-traveling humans from the future. Almost.

“The origin of life on Earth is the biggest mystery of human beings. Scientists can have totally different points of view on the matter. Some think that life is very rare and happened only once in the Universe, while others think that life can happen on every suitable planet. If panspermia is possible, life must exist much more often than we previously thought,” says Dr. Yamagishi.

As a part of the space mission Tanpopo, Dr. Yamagishi’s team put three of the hearty radioresistant bacteria Deinococcus – D. radiodurans, D. aerius and D. aetherius – on the outside of the International Space Station to test their survival rates. The Deinococcus species is known as the world’s toughest bacterium for its ability to withstand extreme harsh conditions here on Earth.

What they have learned now that these microorganisms have returned to Earth is fascinating.

Observations suggest that while the bacteria at the surface of the aggregate died, it created a protective layer for the bacteria beneath ensuring the survival of the colony. Using the survival data at one, two, and three years of exposure, the researchers estimated that a pellet thicker than 0.5 mm would have survived between 15 and 45 years on the ISS. The design of the experiment allowed the researcher to extrapolate and predict that a colony of 1 mm of diameter could potentially survive up to 8 years in outer space conditions.

So if it turns out there are microorganisms at least as tough as Deinococcus floating around in space (and surely there are), then they could definitely survive for years out there. The next question becomes, could these alien microorganisms survive smashing into Earth on the back of an asteroid, comet or meteor?