UFO Sighting Is ‘Proof’ Of Alien Base Located Off The Coast Of Florida, Expert Claims 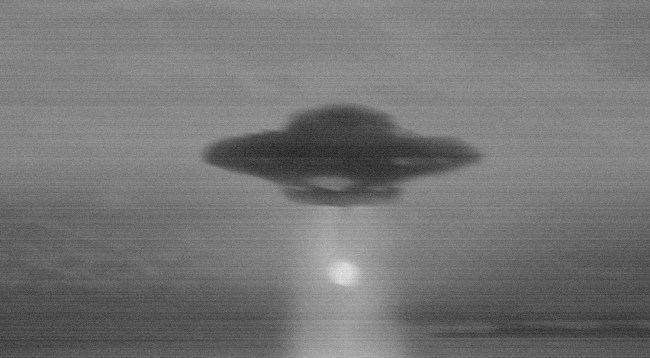 It looks now like we’ll have to start keeping a closer eye on Volusia County, Florida thanks to a mysterious UFO sighting that took place and, luckily, was filmed there on August 16, 2020.

Just yesterday we learned that Washoe Valley in Nevada is also now a UFO hotspot after a sighting was captured on video there. Not that it was terribly surprising considering the surrounding mountains and the location’s close proximity to Area 51, Area S4, and Nellis Air Force Base.

Florida, however, is the first possible underwater alien base we’ve run across since one was spotted off the coast of the Greek municipality of Nea Michaniona.

The eyewitness who captured this latest video states, “On vacation went out on the balcony and noticed a black disk-shaped object from a far distance on the beach just hovering in one spot for about minute or two that’s what caught my attention.

“It then started to move and I lost it. I grabbed my phone to record hovering and then I thought I lost because the sun was shining so bright I could barely see or sit on the balcony.

“Then I noticed I found the object again it seemed to be scanning the same spot and then it took off so fast I could barely see because of the sun in my eyes I had to put the phone down to see where it went; but it kept hovering that area of the water drop real low go back up and shoot across the water and then disappear from my eye view.” 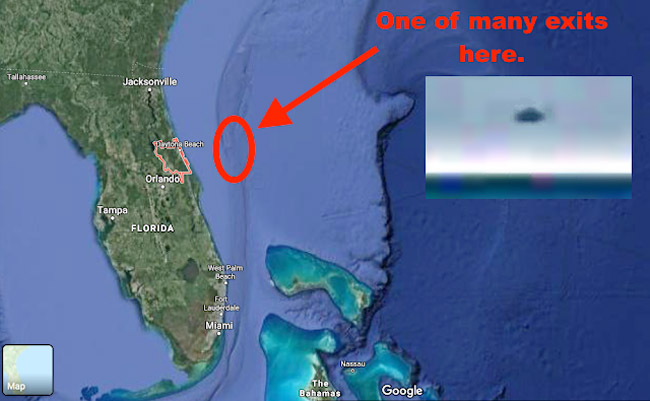 This UFO video seems a bit blurry, but the eyewitness was at the beach for fun, and we are lucky she was able to catch what she did.

“The woman notices a strange object moving across horizon over the water. It moves to the right and she is capturing it, when suddenly it stops and darts to the left. The woman gasps in surprise at this.

“The whole video is 100% real. I had trouble focusing the screenshots but eventually got it.

“The object has a disk shape to it! Its a classic flying saucer disk with a hump on its upper middle and thicker at its center.

“Many UFO sightings have been caught off the coast of Florida over the years and this one convinces me that there is an alien base off the coast of Volusia County, Florida. The base is about 5 miles off of the coast line and 5km below the ocean floor.

“This UFO is huge! Close to fishing boat size…50 meters at least, but may be as big as 100 meters across.

This video is incredible. I am just blown away by it. Its 100% proof that there is an alien [base] off Florida.

Is it a coincidence that as governments and other organizations around the world are ramping up their investigations of extraterrestrial activity that these UFOs are becoming less and less concerned with hiding from view or cloaking themselves to avoid discovery?