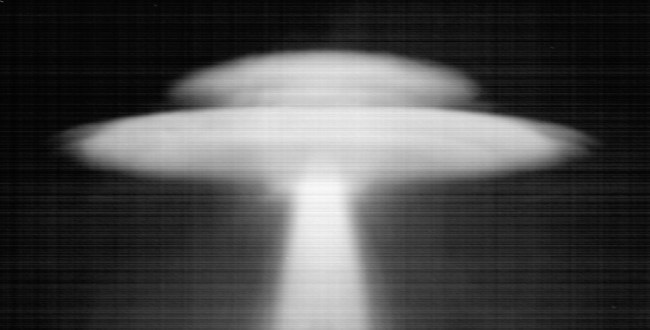 Looks like we have ourselves a repeat offender, as we have another glowing circle shaped UFO was caught on video, this time in the sky over London on Wednesday, August 19th.

I say, repeat offender, because this is not the first time an orb such as this has made itself known to the ihabitants of our planet.

In fact, glowing orbs might be the most prolific type of UFO that has been spotted in the skies around the world over the years.

Most recently, glowing orbs were caught in the skies above Miami, as well as above NORAD in Colorado.

This particular glowing UFO, however, has some characteristics that make it stand out a little bit. That’s why experts have been able to identify it as either the same UFO that has been spotted in the past, or just a similar version of it.

The eyewitness who captured the video of this latest glowing circle shaped UFO said about the sighting, “So I saw this last night in Croydon London and I was absolutely gobsmacked! If I didn’t see it with my own eyes I wouldn’t believe it guys! What do you all think?!”

Prominent UFO and alien expert Scott Waring also mentions on his website that this is not the first time a UFO such as this has been caught on camera.

This exact same UFO has been seen worldwide and appears to be a wheel within a wheel.

I myself have reported seeing it here in Taiwan just one week after seeing it on TV news in China. This little bugger gets around.

Think of a glowing disk seen from its side. There you have it. Absolute amazing footage.

UFOs are actually commonly seen over the London Area for some unknown reason, but I would guess because its the capital and has such a historical importance.

One of the viewers of the London video backs up Waring’s claim, writing in the comments, “I saw the same thing in Canada.”

Is this what numerous military pilots have claimed to have seen over the past several decades? If so, perhaps that is why the U.S. Senate Intelligence Committee is so fervent these days in wanting the government’s UFO files top be released to the public.