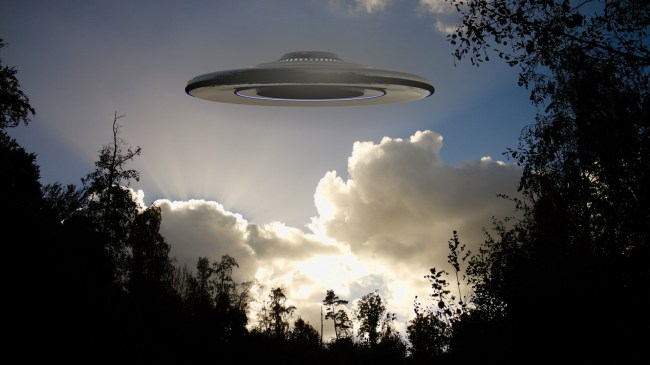 Put on your tin foil hats, kids, because if the United States Navy is to be believed there have been multiple sightings of unidentified flying objects, or UFOs, and they have even filmed them.

According to a recent New York Times report, between March 2014 and the summer of 2015, U.S. Navy pilots reported seeing UFOs flying at hypersonic speeds at 30,000 feet with “no visible engine or infrared exhaust plumes.”

“These things would be out there all day,” said Lt. Ryan Graves, an F/A-18 Super Hornet pilot who has been with the Navy for 10 years, and who reported his sightings to the Pentagon and Congress. “Keeping an aircraft in the air requires a significant amount of energy. With the speeds we observed, 12 hours in the air is 11 hours longer than we’d expect.”

In late 2014, a Super Hornet pilot had a near collision with one of the objects, and an official mishap report was filed. Some of the incidents were videotaped, including one taken by a plane’s camera in early 2015 that shows an object zooming over the ocean waves as pilots question what they are watching.

Graves also related a story from 2014 when he was at base in Virginia Beach where the pilots reviewed video which “showed objects accelerating to hypersonic speed, making sudden stops and instantaneous turns — something beyond the physical limits of a human crew.”

“Speed doesn’t kill you,” said Graves. “Stopping does. Or acceleration.”

Lieutenant Danny Accoin, another Super Hornet pilot, told the Times he interacted with these UFOs twice.

The first time, after picking up the object on his radar, he set his plane to merge with it, flying 1,000 feet below it. He said he should have been able to see it with his helmet camera, but could not, even though his radar told him it was there.

A few days later, Lieutenant Accoin said a training missile on his jet locked on the object and his infrared camera picked it up as well. “I knew I had it, I knew it was not a false hit,” he said. But still, “I could not pick it up visually.”

Buzzkill astrophysicist Leon Golub from the Harvard-Smithsonian Center for Astrophysics, dismissed what we all know to be the cause of these sightings: extraterrestrials, saying it “is so unlikely that it competes with many other low-probability but more mundane explanations.”

Whatever you say, Mr. Golub.