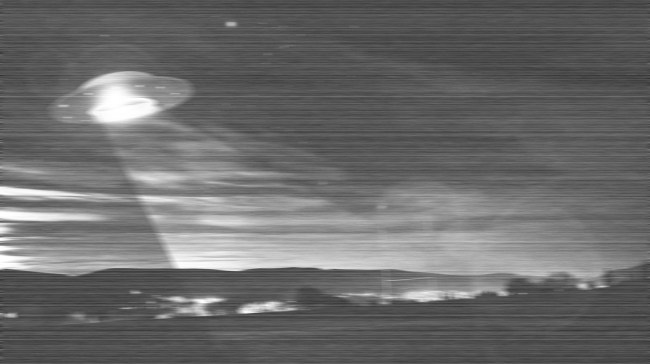 As more and more information has been making its way into the public eye with former high-ranking government officials making implications about, and in some cases out-and-out confirming, the existence of UFOs, some people are starting to get a little on edge.

While a Pentagon report on UFOs that was requested the Senate Intelligence Committee is expected to be released by June 1, 55 concerned scientists recently wrote a letter to Senators Marco Rubio and Mark Warner demanding the Senate release its secret UFO data now.

The Sun reports that according to a spokesperson for the SCU, Jonathan Lace, the footage taken by a Homeland Security aircraft over Puerto Rico on April 25, 2013 “shows an object believed to be up to five feet in length moving at speeds of up to 120mph close the ground before seemingly plunging into the ocean and splitting into two.”

“The object witnessed by CBP and tower personnel and recorded on the CBP DHC-8 aircraft’s thermal imaging system is of unknown origin. There is no explanation for an object capable of traveling under water at over 90 mph with minimal impact as it enters the water, through the air at 120 mph at low altitude through a residential area without navigational lights, and finally to be capable of splitting into two separate objects. No bird, no balloon, no aircraft and no known drones have that capability,” the SCU stated in a 50 page report on the incident.

SCU investigators said the object appears to be of “unknown origin” after spending 1000 hours researching the UAP.

Mr Lace told The US Sun: “The SCU finds the 2013 Aguadilla UAP footage to offer the most compelling evidence of unusual UAP flight characteristics.”

He noted the group has “no official” position on a leading theory for UAP as questions mount over the strange encounters which are being investigated by the Pentagon.

The US Sun contacted SCU – a think tank dedicated to exploring UAPs and other phenomena – as they released a letter set to Senators Mark Warner and Marco Rubio urging for the Senate Select Committee on Intelligence (SSCI) to release more information on UAPs.

Some 55 members of SCU signed off on the document as they offered their services in the investigation of these strange phenomena – but their names have been withheld due to privacy concerns.

“The SCU believes that all government data regarding unidentified aerospace objects should be made available to the public to be openly investigated by the broader scientific community, provided that such data does not compromise sources or methods of data
collection,” they wrote in a statement.

“A full scientific investigation of such data would be able to uncover valuable information relating to both national security and advancement of our understanding of physics, aerospace engineering, and our world.”