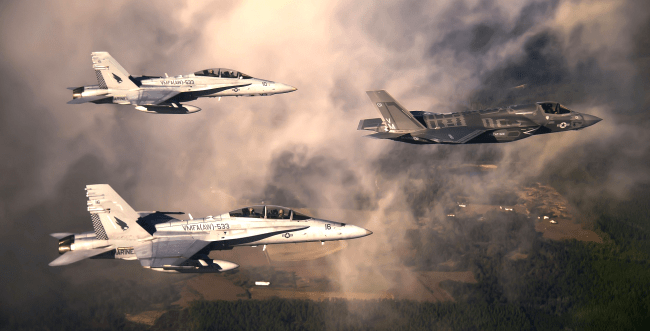 As we inch closer and closer to the expected release of the Pentagon report on UFOs that was requested the Senate Intelligence Committee, more and more people are coming forward with stories about their encounters more than perhaps ever before.

Among those people is the star of the new cartoon Marvel’s M.O.D.O.K. Patton Oswalt, who shared a wild story about UFOs with Jmmy Kimmel Tuesday night.

Oswalt’s dad Larry J. Oswalt was a career Marine Corps officer and test pilot, and he was not messing around when it came to his military dedication, naming his now famous son after General George S. Patton.

After alluding to Shaquille O’Neal’s UFO story the previous night on Jimmy Kimmel Live, Oswalt says he agrees with him (and was currently broadcasting from inside Shaq’s shirt pocket).

“Here’s what is frustrating for me,” shared Oswalt. I’ve never personally seen a UFO or a cryptid or a ghost or experienced a time shift or anything like that, but I’m very very open to that existing and I’m surrounded by people, friends and family, who have seen and encountered UFOs.

“My dad was a test pilot in the Marines all through the 60s and 70s and when he was stationed in El Toro he said, talk to any pilot, they see all kinds of weird stuff up there, but they just don’t report it because they don’t want it to go into a crank file,” he continued.

“He said he was on a test flight, and he saw a bunch of objects. He said they look like glowing balls of energy in like these like round metal cages, and they were keep track with the jets. And they were doing these turns that you couldn’t do under those G-forces and would disappear.

So there you go. Yet more proof of the existence of UFOs. As if the former head of the Advanced Aerospace Threat Identification Program (AATIP), a former Director of the CIA, a former Director of National Intelligence, a former Senate Majority Leader, a ex-Pentagon UFO program astrophysicist, and Demi Lovato hadn’t already provided enough proof.