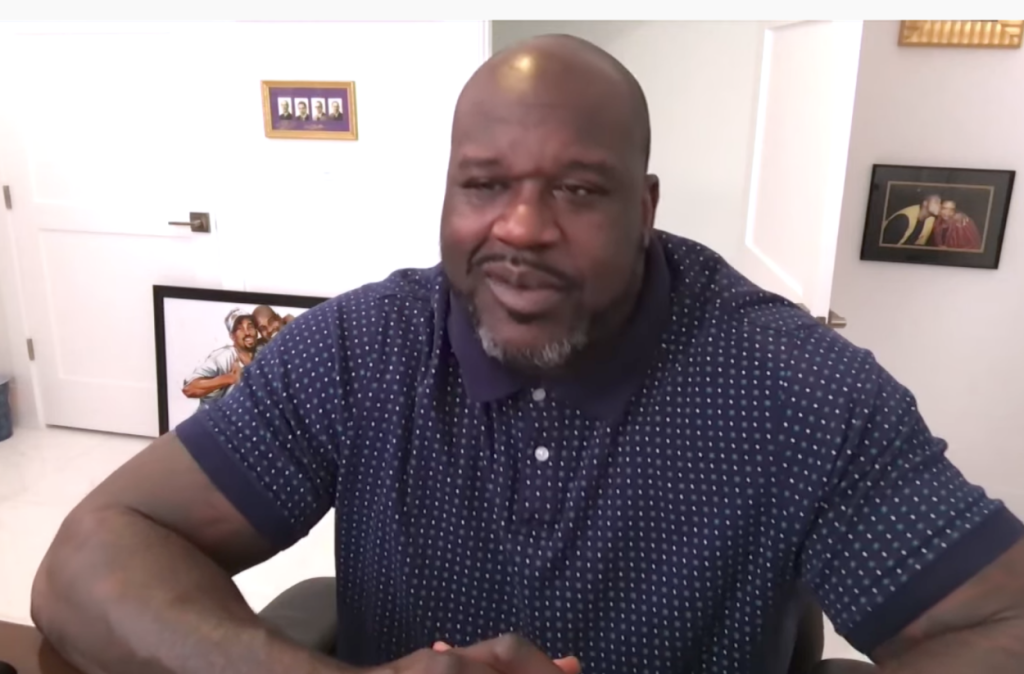 Shaq is one of the most entertaining people in pop culture. I’m not sure what to call him these days, an athlete, entertainer, commentator, celebrity, or all of the above. But anytime Shaq Diesel shows up on camera you know something good is about to happen. Here he talks about seeing a real-life UFO.

He was a guest on Jimmy Kimmel Live this week where he discussed the recent UFO evidence from 60 Minutes and Kobe Bryant’s induction into the NBA Hall of Fame. The 4x NBA Champion and 3x NBA Finals MVP also shared a story about seeing an actual UFO back in 1997.

Here’s the Kimmel segment for anyone who wants to watch the video. I’ve also transcribed most of the UFO story that Shaq says he’s never shared until now because he didn’t want people to think he’s crazy. So if you’d rather skim that story than watch the clip you can do that. But be sure to watch the Kobe portion of the interview as well!

Shaq kicked it off by saying he “totally believe in UFOs” which isn’t shocking at all. The first reason he gave is the existence of Charles Barkely. He says looking at Barkley’s body is proof that UFOs and aliens exist. Then he dove into his story about seeing an actual UFO back in 1997 in Madera, California.

“And you know what’s crazy, I never told anybody this story. In 1997, me and one of my good friends, Chris Florist. We were on a double date with the girl he married named Melissa and her friend was named Melissa.

We were coming from Hollywood Video in Madera, California and right when we passed the fairground by this big open lop. I could swear I saw this flying saucer come down with all the lights. And it was spinning.

Then it took off and everything happened in less than five seconds. We all looked at each other like ‘whaaaat’. And I know that it was a UFO and I don’t care what anybody says.”

If you haven’t seen the 60 Minutes segment which aired on Sunday, here’s our full rundown from yesterday. The gist of it is that UFOs almost certainly exist and the government is just now acknowledging them.