Patton Oswalt Makes The Hilarious Case That Florida Is America’s Scrotum, Not The D*ck 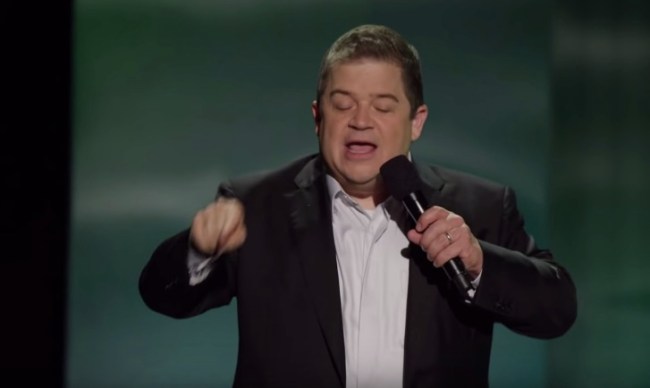 Patton Oswalt is as objectively funny as any comedian you’ll find in the game. You might not like his particular brand of comedy, or his personal politics if they clash with your own, but he knows how to get a rise and craft a joke as well as anyone in the business.

This clip was uploaded to the Comedy Central Stand-Up YouTube channel a few weeks ago and it resonates with me mostly because I’m a born-and-raised Floridian who has spent most of his life living in the Sunshine State and listening to people refer to it as America’s Penis. I lived in NYC for nearly a decade and the Florida Man jokes were relentless, along with comments about Florida being America’s Dick or the Armpit of America.

You’ve seen the ‘America’s Penis’ jokes everywhere from hack comedians on the stage to NBC’s 30 Rock in the episode where Jack Donaghy needs Jenna Maroney’s swing in the Florida Panhandle to win an election.

Here, Patton Oswalt makes the impassioned case that Florida isn’t the dick of America but is actually the scrotum. It’s Maine that’s the penis of the United States.

I kind of love here how he mentions how much he’s traveled Florida by naming every town with a college in it because it’s obvious that he makes a good living traveling the college circuit for homecoming events and stand-up festivals in college towns.

With that said, he really has traveled most of the state of Florida and has a pretty good handle on it. The ‘anatomical sack that America’s testosterone and anger drains into’ is about as accurate of a description of this state as I’ve ever heard.