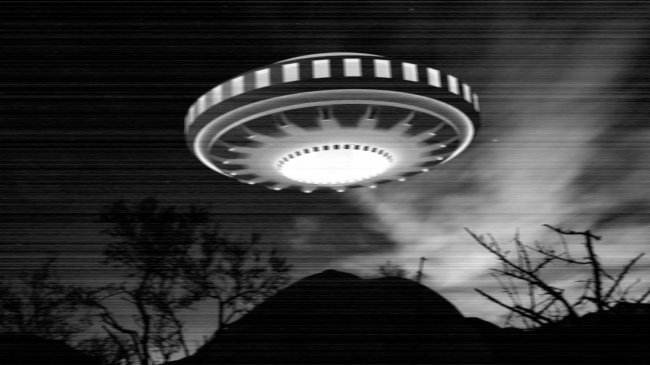 While waiting for his flight at El Dorado International Airport in Bogota, Colombia, musician and TV presenter Cesar Escola made a startling discovery: a UFO.

Escola was killing time by messing around with his new phone by filming some of the incoming planes landing. While he was reviewing the videos he noticed something rapidly moving from right to left in one of them that he believes was a UFO.

“Look at the speed because while the plane is almost not moving, it passes at an incredible speed,” said Escola.

Escola swears the images are real and not doctored, reports El Tiempo.

“When we were at the head of the El Dorado runway, we had to wait for two planes to land, as is normal when one takes a flight,” he explained. “To bother with my new cell phone, I started recording the landing of two planes.

“At one point, my eye from having worked in television detected something … something strange. Then I started looking in slow motion. And I want you to give your opinion and draw your conclusions from what I saw and recorded with my cell phone.”

Escola, according to Cronica, says he would be more than willing to turn over the videos to authorities in the hopes that they can explain what it was that he caught on camera.

The story was also picked up by local news outlet Larazon, who also stated that “the presence of UFOs is increasingly frequent in various parts of our planet.”

A TikTok video of his UFO encounter has also now been viewed over 1.6 million times.