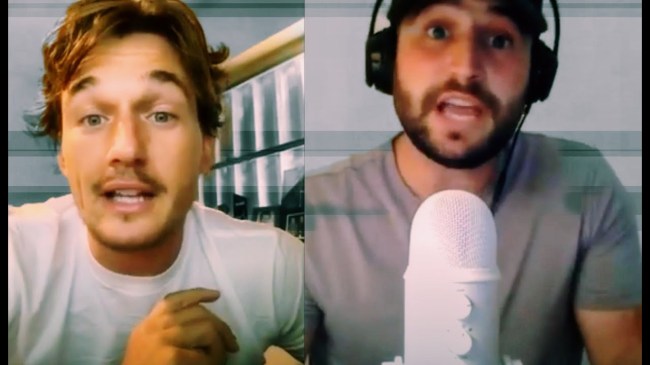 If you are not sure who Tyler Cameron is, your girlfriend, sister, and mother most likely do. Cameron was the runner up on the 15th season of ABC’s hit show ‘The Bachelorette’ and instantly turned into a crowd favorite. Don’t feel bad for Cameron for not winning though, following his run on the show, he was linked to supermodel Gigi Hadid and later signed a deal with Quibi for his own show.

For those who don’t remember, Cameron was one of the most casual guys on the show and really didn’t let the drama of reality TV phase him at all. This might be the reason America fell in love with him the way they did, we weren’t used to seeing a guy on this type of show be as carefree as he was.

I enjoyed this interview with Cameron as you can tell he really let it all go. I knew there was a whole other side to him besides what you see on TV that he has been ready to let loose.

Cameron currently resides in Jupiter, FL and if you follow him on Instagram, you’ll see the kid is living the absolute dream. It is a tell-all interview from the young man himself on what goes down behind the scenes of ‘The Bachelorette’ and what the young stud is up to now.