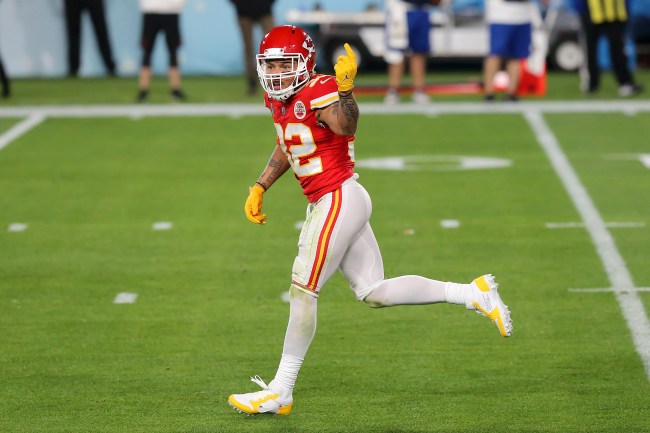 Tyrann Mathieu doesn’t seem to be a fan of Le’Veon Bell taking a shot at Andy Reid.

On Saturday, Bell told fans that he would rather retire instead of playing for Reid.

Mathieu, who played the last two seasons under Reid in Kansas City, fired back at Bell.

These fellas will blame everybody for their lack of success. That’s how I know I’m built different

Bell went on to defend his comments about Reid on Twitter

I said what I said & I don’t regret at all what I said…for those who have a PERSONAL PROBLEM with me because of what I SAID, that’s fine…you have your right! just understand I ALSO have MY RIGHT for how I feel about MY PERSONAL problem with dude because of what HE SAID to me

never did I say I didn’t enjoy my time in KC, because I loved my time there, and was probably the closest locker room full of players I ever been around…I enjoyed my teammates, the city, food, the fans, just about everything in KC…

I’m not about to get all into depth on why I feel the way I do, but I have my right to feel the way I feel…the ONLY thing I would change is commenting how i really felt on social media…

I’ll admit that’s somethin I could’ve and should’ve kept to myself & I apologize about that and that only… but I don’t regret what I said, because that’s how I feel…

so you can love me or hate me, I’m gonna be fine regardless … I’m just giving you a small version from my point of view on why I said what I said …