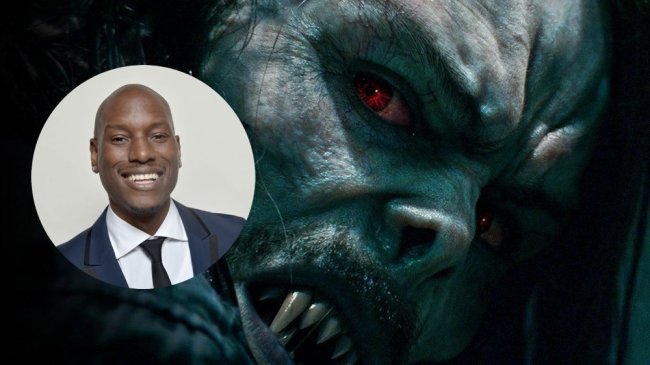 Morbius is going to STINK. Stink out loud, I tell ya. I kid you not, I’m actually grinning as I type these words thinking about how bad it’s going to be. Not only does it star my mortal enemy Jared Leto, who’s heading back to the comic book movie industry for the first time since playing Joker in Suicide Squad, but it’s part of Sony’s preposterously named “Sony’s Universe of Marvel Characters”, which is anchored by a Venom movie that feels like it should’ve come out in 2005.

Morbius also stars the equally absurd Tyrese, who recently came out and said, accidentally or otherwise, that the film takes place in the Marvel Cinematic Universe:

Talking to ComicBook.com ahead of F9’s release, Gibson was asked if Morbius is a part of the MCU. “Yes,” he said, simply. To be sure, we went ahead and clarified: Are the Avengers a part of this world? “Yes,” the actor affirmed.

Not only that, but he also claimed the film had been once again delayed, this time until October 2022, which would be a whopping nine months later than its current January 28, 2022.

Both of these claims, unsurprisingly, turned out to be untrue, as Sony then released a statement indicating otherwise:

GameSpot has confirmed that Morbius is still slated to come out on January 28, 2022. Additionally, the movie is not part of the wider Marvel Cinematic Universe. It is a part of Sony Pictures’ Universe of Marvel characters, contrary to what Tyrese Gibson said in the interview with ComicBook.

Now, here’s where things get interesting: in the above Morbius trailer, Michael Keaton’s Adrian Toomes from Spider-Man: Homecoming *does* appear. That’s a fact. Does that mean that Vulture is no longer is the Marvel Cinematic Universe and is now *also* part of the Sony universe along with Tom Holland’s Spider-Man? Given the very title of the Spider-Man: No Way Home, it appears Peter Parker is going to find himself somewhere other than the MCU by the time the credits roll. Perhaps Vulture and every other Spider-Man character from the franchise, such as Zendaya’s MJ, etc., go with him.