Record Number Of U.S. Citizens Are Miserable And Think The Country Is Spiraling Out Of Control 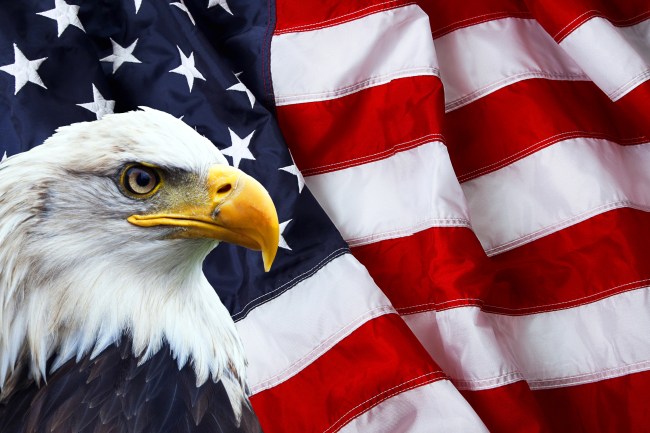 “Life is divided into the horrible and the miserable.” – Woody Allen

No one really thought it was possible that the self-proclaimed greatest country in the world, the old U.S. of A, could wind up so volatile in a matter of months. Since March, we’ve been forced to contend with a crap ton of social distancing, a crippled economy, civil unrest, and nobody, and I mean nobody, seems to have a hecking clue how to fix it. Sure, everyone and their sister has an opinion on what it’s going to take to pull the nation out of the gutter, but there’s not enough consensus to actually get anything done. If we, as a nation, were to paint a modern portrait of our trusty mascot Uncle Sam, we’d have to draw that bastard in a ditch with his pant around his ankles, all hungover, bruised up and wondering how in the living hell he got to rock bottom. Because things are bad out there, folks, and the people are feeling it. Even as the country attempts to recover from the quaking idiocy of the clown shoe philosopher presently Tweeting from the White House and the remnants of all the WTF moments it has encountered as of late, the majority of the population still doesn’t have much faith that we’ll ever make a comeback.

Call it pessimism, say we’re abandoning hope, give it any label that makes that illusionary patriotism coursing through your veins feel warm. But Americans are freaking miserable. In fact, We the People are more miserable than we’ve been in almost five decades, according to a new poll from NORC at the University of Chicago. And it’s not just that we’ve all been cooped up for months, forced on the governmental tit and given very little reassurance that we’ll be okay in the end. The majority of the population (86%) is fed up with America and feels something is seriously wrong with it. Well, all I can say is no kidding. It’s nice of you to finally join us.

It is no surprise that the U.S. population has fallen into the mouth of sadness and is searching for a trapdoor before it is swallowed up forever. There was once a time when it was possible to step inside a bar, restaurant or retail store without wearing a mask or sitting apart from others. Now all of us look like something between an obstetrician and an evil supervillain when we attempt to mingle with civil society. But even with all of the precautionary measures we’re taking, our nerves are still mostly rattled. The survey finds that Americans are more anxious, depressed and irritable than they were just two years ago. They’re even feeling worse than in times of tragedy like the 9/11 terrorist attacks and the assassination of John F. Kennedy. All in all, the American population is in a world of pain and feels the country is in desperate need of an overhaul.

Listen, I know what you’re thinking: “Come on, man, you can’t just use a single stinking poll that was likely designed and conducted by some bleeding-heart anti-Trump supporters to show that the country is unhappy.” Well, hot shot, the latest NORC poll isn’t the only one to reveal the mounds of misery the nation is under. A new poll from Monmouth University indicates that a vast majority of the population (74%) believes the country is on the wrong path. Another poll, this one from NBC News/Wall Street Journal, shows that Americans think the nation is spiraling out of control. Even when Gallup took a stab at asking people: “Are you satisfied with how things are going in the country?” only 20% said that they were. The rest are simply disturbed by the present state of affairs, and some aren’t even proud to be Americans anymore. I know that might come as a blow to everyone out there buying up firecrackers and bottle rockets as the Independence Day creeps upon us in the next few weeks, but it’s true. Nine percent of the population has gone on record to say that they are ashamed to be citizens of this country. Now, 9% might not sound like much, but it’s still roughly 20 million people who are presumably thinking about what it would be like to leave this place and call another country their home. That’s the highest number of anti-American reverberations we’ve felt since 1982, according to Gallup.

So, what’s it going to take to win you back, America, to get you to join the ranks of the beer-drinking patriots once more? Some of you will likely find happiness again as soon as all of this sickness is eliminated from your neck of the woods and we can finally ditch the masks. Others are undoubtedly going to need to see Trump lose the upcoming November election and watch as he is carried out of the White House by his short and curlies at the beginning of next year before they ever smile again. Meanwhile, there is a portion of the population that would probably settle for just going back to work and no longer having to worry about how they’re going to pay the rent. After all, that weekly government unemployment cash that millions of Americans have been collecting over the past few months is set to run out at the end of July. If those people’s jobs are not resuscitated by then, a nation of miserable people will be the least of the government’s worries. The suits could soon find themselves faced with a seething legion of ticked-off citizens looking for a revolution inside that ass. And perhaps that’s where we’ll finally find some satisfaction.