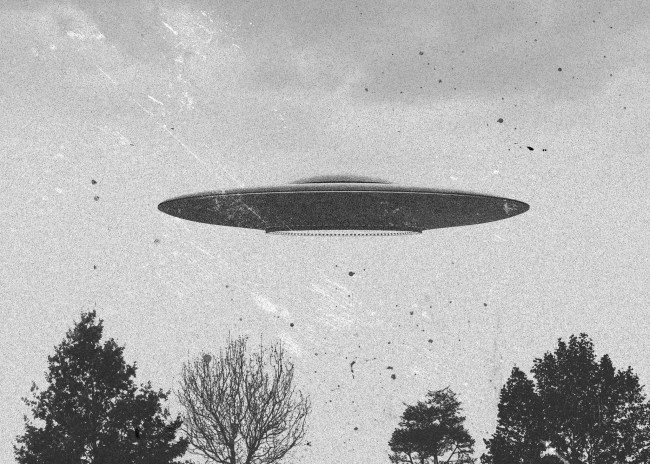 Well, my dudes, it looks like we might have some aliens cruising the Irish coastline. Authorities are investigating some out-of-this-world flying objects that were said to be flying at two times the speed of light.

Ireland has always been home to folklore with belief in the magic of shamrocks, leprechauns, and things of that nature. But aliens? The jagged coastline doesn’t exactly seem like the best place to land a UFO but it’s also a pretty good place to fly under the radar, in theory, if you’re an alien species on a mission probing our species.

The incident took place just a few days ago, on November 9th. Multiple commercial pilots reported spotting the UFOs according to TIME and this isn’t your typical UFO report in the sense that it was some crackpot in the middle of the desert saying they saw something weird. There are multiple reports from credible pilots, and this has all gone public in a hurry.

Several pilots called air traffic control in western Ireland to inquire about what one called “a very bright light” traveling at “very high speed,” according to a recording published by the aviation website AirLive.

“It was moving so fast,” said the pilot of a British Airways flight from Montreal to London. “It came up on our left-hand side and then rapidly veered to the north. It was a very bright light that disappeared at very high speed.”

“There is nothing showing on either primary or secondary [radar],” air traffic control said, adding that there were no military exercises in the area. (via)

There’s allegedly footage of the UFOs but I’m skeptical of this video.

And the reports didn’t stop there. More pilots chimed in alleging they sighted the UFOs and were relieved they weren’t the only ones who saw the objects because reporting it would’ve made them sound insane.

Another pilot from a Virgin plane then chipped in, denting hopes of aliens: he suggested it could be a “meteor or another object making some kind of re-entry.”

He reported “multiple objects following the same sort of trajectory – very bright from where we were.” He had seen “two bright lights that seemed to bank over to the right and climb away at speed at least from our perspective,” according to the call recording.

The investigation process is confidential and all of the pilots who reported seeing UFOs will be interviewed. Again, this is very different than the typical UFO sighting report that we see in the news.

Often times, those reports are about incidents which took place years prior. This was last Friday, on a day that our very own Connor Toole was flying back to NYC from Ireland. He could’ve been within miles of these aliens and none the wiser.

In all likelihood, it was meteors entering the earth’s atmosphere and not UFOs but with this many seasoned pilots reporting unidentified flying objects, it’s certainly worth investigating. For more on this, you can check out Breaking News or Newsweek.