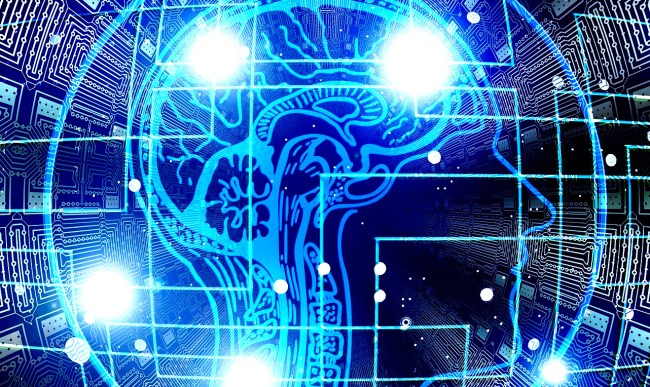 New technology called brain-computer interfaces (BCIs) will now allow unconscious patients to “speak” or at least communicate with an external device and assist physicians in critical decisions for patients that are unable to communicate in the normal fashion.

Welcome the the future.

“Brain-computer interfaces (BCIs) are becoming increasingly popular as a tool to improve the quality of life of patients with disabilities,” Adrian Owen, Professor of Cognitive Neuroscience and Imaging at the University of Western Ontario, stated in a new study published in Frontiers in Neuroscience. “Recently, time-resolved functional near-infrared spectroscopy (TR-fNIRS) based BCIs are gaining traction because of their enhanced depth sensitivity.”

What that means is that if put into practice, patients who are otherwise unable to participate in their own life-and-death decisions would be able to have a say in decisions usually reserved for that person’s family members, such as whether or not to continue life-sustaining treatments.

“Life would be so much easier if you could just ask the person,” says Owen.

Owen’s team previously developed a brain-scanning approach for a much smaller group of people – those in states between consciousness and being in a coma, for example those in a vegetative state. Such people show few signs of awareness and have to be fed through a tube.

Owen found that some of these people can direct their thoughts in response to instructions, which can be picked up on brain scans. If someone is asked to imagine playing tennis, for instance, the part of their brain involved in movement lights up in the scan.

This has let his and other teams ask those who are able to respond in this way yes/no questions, which can give people a say over their living conditions. About a fifth of people the technique is tried on can respond.

Owen is now using the same technique on people who are in intensive care in the first few days after sustaining a severe brain injury. In such circumstances, just over a quarter of people end up having their treatment withdrawn due to a poor prognosis.

So far Owen and his researchers have used BCIs on about 20 people in intensive care to try to communicate with them. He wouldn’t state how many responded to questions, but did reveal in the paper that volunteers without a brain injury accurately answered questions three-quarters of the time, and have been able to “speak” with people suffering from a condition that causes complete paralysis like Guillain-Barré syndrome.

“It takes 5 minutes to get absolute confidence in their response to each question,” said Owen about those in such a medical situation. “But there is no other way to communicate with these patients.”

Naturally, there are concerns.

“This is potentially exciting but I wouldn’t want people to get their hopes up because this might only be applicable to a very small group of people,” says Paul Dean of the UK’s Intensive Care Society.

Even with those valid concerns, this research is certainly well worth pursuing further.