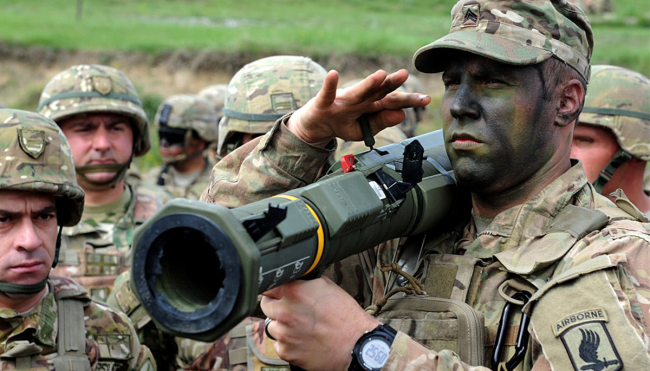 It’s not too hard to track down weapons that were used to wage the most notable military skirmishes of the 20th century courtesy of the many personnel who came home with guns, knives, and other trophies that were once the property of enemy combatants.

It is, on the other hand, a bit trickier to track down firearms that were carried across the battlefield by members of America’s armed forces, as the United States military understandably prefers to keep tabs on its taxpayer-funded arsenal of heavy munitions. However, if you’re familiar with the intricacies of a typical bureaucracy, I don’t have to tell you that’s much easier said than done.

If you need proof, I would direct you to a recent story from The Associated Press examining some fairly concerning statistics about just how many weapons America’s military has somehow managed to lose track of over the past decade. The outlet reports that between 2010 and 2019, the various branches of the armed forces failed to account for over 1,000 rifles and almost 700 handguns in addition to dozens of rocket and grenade launchers that somehow mysteriously vanished.

Folks if you know the whereabouts of any of the military’s 25 missing MORTARS or 34 missing ROCKET LAUNCHERS, please call me. Or CID. Or maybe both. https://t.co/IFCojuZw5f pic.twitter.com/pmI4SEtqsk

These stats are particularly alarming when you consider a number of those weapons have only been recovered because they were used to perpetrate a crime, including the 22 guns that were harnessed during a felony over that ten-year span.

Army Secretary Christine Wormuth told a Senate committee “she would be open to new oversight on weapons accountability,” and yeah, that seems like a pretty good idea.