Will The U.S. Ever Adopt A Universal Basic Income And Give Us Money For Nothing? 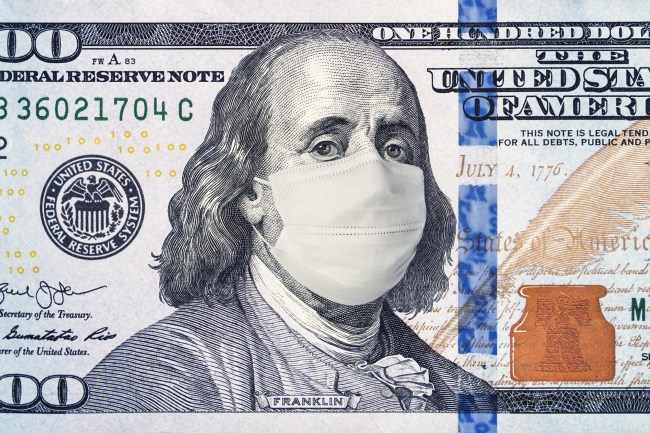 “The solution to poverty is to abolish it directly by a now widely discussed measure: the guaranteed income.” – Martin Luther King Jr.

If there is one brutal thing that 2020 has shown us, all of us, it’s that the bottom can drop out at any moment. One minute you’ve got the bull by the horns, making money while dominating in your respective profession when all of a sudden b-b-b-bam! There’s no more work, savings diminish, and you’re left trying to figure out how to make a package of bologna and a case of Natty Ice last until the end of the month. No matter how good things are going most of the time, humans never really stop and consider the possibility that we could get blasted into economic ruins in a split second. But the truth is all it takes is just one lousy day to completely destroy a lifetime of progress – leaving us without food, shelter, and everything else we need to survive.

This is why there has been a lot of chatter lately on a concept known as Universal Basic Income (UBI). The idea is that every American citizen, regardless of their income or employment status, would receive a monthly stipend from their good old Uncle Sam. If you are homeless, you get the money. If you have a million bucks in the bank, you’d still get paid. In the U.S., lawmakers have thrown around this concept to get the population through the pandemic. The argument is that a single stimulus check of $1,200 is hardly enough to keep most people from sinking like a stone. Despite the news coming from the White House suggesting that this administration is still a job-creating machine, the unemployment rate is still roughly 8.4%, according to the U.S. Bureau of Labor Statistics. As a result, poverty and homelessness are on the rise. And it could get a lot worse.

As it stands, no country has a permanent UBI in place, yet some are taking a look at it to determine if this system can work for generations to come. It is being experimented with in places like Kenya and Iran. Germany is also looking at a universal income program that would provide citizens with $1,400 per month. The country intends to study this concept for the next three years to gauge its impact on society. They want to see if it will do what opposing forces argue it will – create an undriven population that just sits around all day playing video games – or whether it will give people the fiscal padding they need to be creative, charitable and entrepreneurial.

In June, the Spanish government began offering families UBI to help pick up the pieces from the corona debacle. The program pays them $1,145 per month to be used any way they see fit, and it never has to be paid back. The cash payout was fast-tracked as an economic life preserver for people affected by the virus, but the country was actually entertaining the idea long before the pandemic hit. Only, at the time, they were referring to it as Guaranteed Minimum Income – a program that would provide people with a no strings attached paycheck every month. That’s right – money for nothing! But it’s not supposed to keep them from working. The goal is to simply give the folks enough money to meet their basic needs and keep them from sinking into poverty. It’s looked at as an investment in society with the hope that the benefits will outweigh the expense.

But Mike, there’s no way in hell’s holy name the United States is ever going to get on board with any socialist, commie crap like that. Well, honestly, it’s something that is already happening in parts of the country. Since 1982, Alaska has been paying each resident an annual check just for being there. There is no guaranteed amount, although the average payout is around $2,000 per person. It might not sound like a lot of money, and it’s certainly not the kind of cheese that changes lives, but it does take some of the pressure off affording fixed expenses like mortgages and utilities. And there’s nothing about this program that should be considered welfare or any other ugly term that gets the patriots all fired up. The money comes from the Alaskan Permanent Fund, which is a state-run investment in oil. Interestingly, contrary to what the opposition says about these programs, studies have shown that this monthly guarantee does not deter people from getting and maintaining gainful employment. However, they found these programs improve education, mental health, and cause decreases in drugs and violent crime.

The U.S. government experimented with UBI in the 1960s and 70s. Different from the concept implemented in Alaska, the idea was to give 7,500 people in various states enough money every month to live around the poverty line. But the negative tax system, as it was called, whereby the supplemental funds were taxed according to a person’s income level, essentially made it where most recipients weren’t getting any money at all. In the end, researchers found the program was beneficial to some, but it seemed to decrease the hours people worked and their overall income.

Some of these people were working less, but furthering their education. Others were taking more time for family and focusing on their well-being, according to Vox. Hey, don’t laugh. It might sound like a BS excuse for working less, but it shouldn’t be discounted. After all, as of last year the World Health Organization now recognizes workplace burnout as a serious health concern.

Nevertheless, Congress never approved the UBI program, yet a version of it was passed for the elderly and disabled. It’s what we know today as Supplemental Security Income (SSI). So, the nation has been engaged in universal basic income to some degree for decades. Taking it a step further, though, could end poverty and give everyone more opportunities in their pursuit of happiness.

Would it be expensive to fund? Heck yeah, it would, no doubt. The proposal presently being kicked around on Capitol Hill (introduced by Andrew Yang) would guarantee all U.S. adults 18 and older $1,000 per month. It would cost somewhere around $2.8 trillion of Uncle Sam’s $4 trillion annual budget to carry out. But where would the money come from? That’s the question of the year. Some of the funding would ultimately be sucked from other social programs the nation already has in place. Still, the U.S. government would have to establish a new revenue stream to cover the rest. A 10% Value-Added Tax, higher pollution taxes, and other taxes are all part of Yang’s proposal. Or the U.S. government could opt to take another look at the negative tax approach. Some economists say the U.S. could use this UBI method at the cost of roughly $220 billion. Stealing a chapter from Alaska’s permanent fund policy might not be a bad idea either.

Some argue that UBI should be a fundamental human right. They say that if we cannot guarantee a person’s livelihood, then we cannot promise the rest of their rights will be protected. Others believe programs like these only serve to discourage work and spark inflation – all of which makes them defective and pointless. But other nations are getting serious about a new way of thinking. Perhaps the U.S. will learn from them in the coming years and find a way to move in this direction. The Democrats, 66% of which support this idea, stand a relatively good chance of taking back control of Congress in the upcoming election. Senator Bernie Sanders and Senator Kamala Harris, Democratic presidential hopeful Joe Biden’s running mate, have even proposed paying U.S. citizens $2,000 a month until the pandemic has subsided. Therefore, it’s conceivable that we’ll see more debate on this issue starting in 2021. But does the nation even want it?

A recent poll from the Pew Research Center shows 54% of the population is opposed to a universal income, while 45% are all for it. However, younger Americans, those not yet programmed by the old, tired ways of a failing nation, make up most of the support on this issue. Most of the opposition comes from citizens who are already retirement age or older. So it might just be a matter of time before this idea starts to gain traction and welcomes us to a day when we no longer have to concern ourselves with how we are going to eat when the hard times fall.