Massive House Party At The U. Of North Georgia Before School Started Caught A Lot Of Social Media Attention 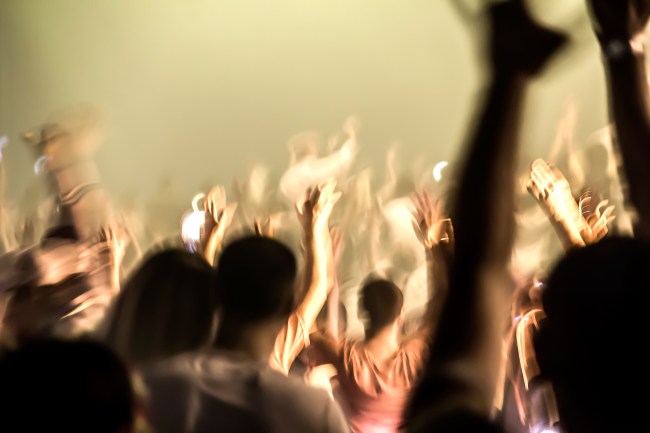 Schools nationwide from Colleges to Kindergarten are reopening despite many of them shutting down last Spring when there were only a few hundred coronavirus cases nationwide. Now there are literally millions of cases and schools are charging forward with reopening plans.

The University of North Georgia is about to start the Fall semester with students back on campus already. Over the weekend, a massive house party went viral on social media with some people completely aghast at the sight of a crowd. Keep in mind that tens (hundreds?) of millions of Americans haven’t seen a crowd for half a year.

The first full day of classes at the Univesity of North Georgia is Monday, August 17th. Is it wishful thinking that everyone in that crowd was healthy? Because I couldn’t spot anyone wearing masks and people certainly weren’t spacing out 6-feet or more from each other. Also, FYI, this isn’t just a college problem. Silicon Valley billionaires and other exorbitantly rich people have been enormous jerks throughout all of this. Here’s the clip:

First night back at University of North Georgia in Dahlonega. 😳😳 pic.twitter.com/VAmZ2TLvuz

Florida not to be outdone by Georgia colleges opening. University of North Georgia pic.twitter.com/kvdemgo8KV

A spokeswoman for the University has already responded to this footage with this statement from UNG spokeswoman Sylvia Carson: “We are aware that a large outdoor party was held at a privately-owned, off-campus apartment complex located near our Dahlonega campus Saturday night. We are disappointed that many of our students chose to ignore COVID-19 public health guidance by congregating in a large group without social distancing or face coverings.”

The comments on Instagram and Twitter are pretty much what you’d expect. One Twitter user wrote ‘There is truly no hope for this country.’ Another remarked ‘This is why they cancelled college football’.

One of the primary talking points surrounding whether or not we should have football is one group saying the student-athletes are safer on campus where they’re looked after, supervised, and have better access to healthcare than they might at home. The other camp says ‘yeah, well, that’s assuming they don’t act like college students and throw ragers.’

I fall in the latter group because I’m honest with myself and know that if I was still in college I wouldn’t be treating this pandemic the same as I am right now. I can at least admit to myself (and the millions of BroBible readers) that I’d likely be at bars and parties throughout all of this. That’s not the case for me anymore. I haven’t been inside of a restaurant since March.

Here are some more reactions from Twitter to this clip:

My money is on Covid.

This is Rona right now pic.twitter.com/CjHVlpz4qo

The coronavirus enjoying this pic.twitter.com/6BVCdKX26b

There has always been a big rivalry between FL and GA.
They are both quick to pick up on leading trends, too.
The big craze this year is extinction.

I was walking my dog this morning before flipping open my laptop and noticed the school across the street from my neighborhood is open in some capacity. It’s the first time since last Spring that I’ve seen the parking lot full. Definitely a strange sight because while we can say ‘nobody knows what’s coming next’ it’s pretty clear that we have a pretty solid idea of what happens next when many schools that have reopened have already had to shut down within the first few days. But maybe it’ll be different this time….