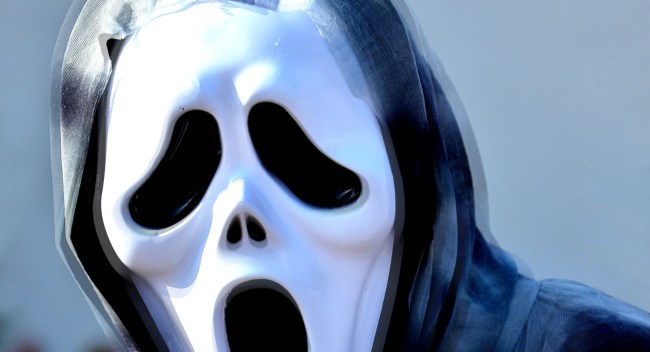 Several residents of Horizon Village, a residence hall on the campus of the University of Wisconsin-Oshkosh, say they think that the 11-year-old dormitory is haunted by ghosts.

Sophomore Alyssa Hagen and her roommates recently told campus newspaper The Advance-Titan that they have been hearing unusual noises coming from the roof of their building – noises Hagen says cannot be explained by logic alone.

Horizon Village- Oshkosh, WI on the campus of the University of Wisconsin-Oshkosh #sunshades #aluminum #glass pic.twitter.com/HXRzYGT9WA

“I live on the 5th floor, no one is above us and it sounds like someone is running on the roof. There’s a lot of weird banging that happens too,” said Hagen.

“One night we heard our neighbors screaming and running out; turns out they had heard banging and banged back,” Hagen added. “Their laundry basket and desk chair moved immediately after they did so.”

Things have gotten so bizarre for Hagen that she decided to do a little research about the campus to see if there is any kind of explanation for the paranormal activity.

Horizon Village- Oshkosh, WI on the campus of the University of Wisconsin-Oshkosh #construction #glass #glazing pic.twitter.com/L7WA3H20kB

“One girl died from a heart attack in the dorm before Horizon Village,” Hagen revealed. “Three girls were buried underneath the dorms that used to be here before Horizon was built.”

Hagen is correct about the girl dying as a 20-year-old student was found dead in Nelson Hall on the UW-OshKosh campus in 2003 due to heart issues. However, the paper says it could not confirm whether or not any girls were buried underneath the Horizon Village residence hall.

Lending further credence to Hagen and her roomates’ claims, another sophomore who lives down the hall, Hannah Gilbert, told the paper, “One day, I was alone in the dorm and I went to put something in the living room. I saw a female on my couch, sitting with her legs crossed. Her hair was sort of see through.”

Gilbert added, “Another night, I looked down the hallway and saw a dark, tall figure standing at the end. My roommate Allyson saw me freak out and started crying.”

She also shared that she and her roomates experienced doors slamming and door knobs turning back and forth on their own, as well as sinks turning on and off with no one present.

Horizon Village- Oshkosh, WI on the campus of the University of Wisconsin-Oshkosh pic.twitter.com/sFzCLhJg5d

Interestingly, this is far from the first time students have reported ghostly noises and sightings as dorms on the UW OshKosh campus.

In 2018, a student named Ethan wrote about his experience in a University of Wisconsin-Oshkosh residence hall on Tumblr.

“We heard a noise which sounded like a chair being dragged across the floor in room 420 so we ran up to check it out,” he wrote. “There was nobody upstairs and there was nobody in the bathroom. We left and headed back down the stairs. Down the first half of the stairs, we heard a bang, as though something had been dropped. We ran right back on up, but again, found nothing.”

Three years earlier, in 2015, UW-OshKosh student Jocelyn Hart and her freshman roommate were the subject of another article in The Advance-Titan when they claimed to have had a paranormal encouter in a different dorm, Fletcher Hall.

“When we started recording at night, 3 a.m. is when you could hear pencils moving on our desks and the plastic from our groceries rustling. There was even a clip of the sound of nails being dragged across our desk,” Hart said in the article.

“Eventually, it got to a point where we didn’t feel safe in our room because we caught a clip of the spirit watching us while we slept,” she continued. “It was sitting at my roommate’s desk and, unlike a normal shadow that goes away when the lights turn on, it slowly disappeared as if it was dissolving.”

After moving out of the dorm, Hart’s advisor admitted to her that others had claimed to have similar experiences, including herself.