Japan Spends $1.5 Million A Year On An Empty Prime Minister Mansion Because… Ghosts? 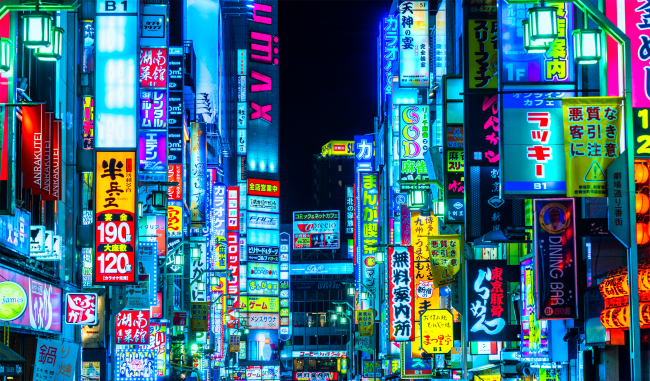 Downtown Tokyo really does look like something out of Blade Runner or Altered Carbon, doesn’t it? Sorry. That’s not why we’re here today. Today we’re here to discuss the fact that Japan is spending over $1.5 million a year on a official prime ministerial residence in Tokyo that’s sat vacant for almost a decade because… ghosts.

Oh, Japan… you so crazy.

According to a new report by The Independent, that appears to be the case.

The residence, known as the Sori Kotei, has gone unused since 2012, when Japan’s longest serving prime minister Shinzo Abe came to power for the second time.

Mr Abe preferred to make the 15-minute commute from his private home in Tokyo, a decision which over the years fuelled rumours and speculation ranging from the mundane – that the capacious residence lacked home comforts – to the supernatural. Several ghost stories exist relating to the mansion, and the volume of rumours was such that Mr Abe’s office released an official statement insisting he was “unaware” of the home’s ghoulish reputation.

Now, opposition parties are putting pressure on Japan’s current prime minister Yoshihide Suga to move in to the residence located right next to his office in the capital.

“Even though it sits empty, the annual maintenance and upkeep comes to Y160 million,” says Yoshihiko Noda, Japan’s prime minister from 2011 to 2012 and the last leader to live in the residence. “I cannot understand why you do not move in.”

Supposedly, according to Dr. Rajaram Panda, an expert on Japanese affairs at the Nehru Memorial Museum and Library in Delhi, Japanese prime minister Junichiro Koizumi had a Shinto priest perform an exorcism at mansion in 2001.

“Since [then] the belief has gained currency, and Japanese media and the opposition have raised the issue as successive prime ministers shied away from staying in that house,” says Panda.

The house’s bloody history begins in 1932 when a group of naval officers assassinated then-prime minister Tsuyoshi Inukai and attempted to stage a military coup. Another coup was attempted four years later in which five people were shot dead at the house, including the brother-in-law of then prime minister Keisuke Okada.

The building is said to still have physical reminders of this history, including historic bullet holes and evidence of fire damage that have been preserved.

Mr Koizumi’s predecessor, Yoshirō Mori, is reported to have once confided to an acquaintance that he was awoken at the property by the ghostly sound of soldiers marching.

While Suga has not offered an explanation for why he isn’t using the official prime ministerial residence that has satisfied the parliamentary budget committee, Panda says it is disappointing that political leaders such as him don’t make an effort to dispel unscientific beliefs and fears such as ghosts.

As he states, “in Japan, modernity and traditions coexist,” and this could just be one more example of it.