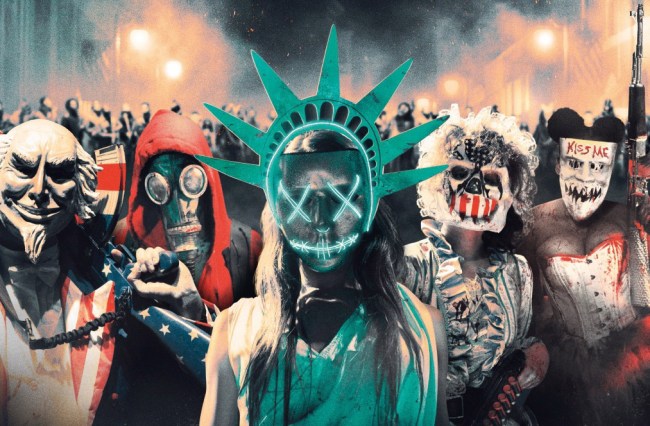 New York City has been put under an 8 p.m. curfew this week as the government tries to quell the many protests that have been taking place in the wake of the death of George Floyd, creating what Manhattan resident Meghan McCain has (falsely) called a “war zone.”

As a part of this effort, an electronic billboard in Columbus Circle now features messages from New York Governor Andrew Cuomo warning people against looting and announcing a curfew.

It’s quite creepy and more than a little Hunger Games-ish.

Many have compared the billboard to Blade Runner and it has now gone on to inspired mumerous people to create memes involving other dystopian films.

"A new life awaits you in the off-world colonies, a chance to begin again in a golden land of opportunity and adventure." pic.twitter.com/WQOjVuJ2CZ

this is some Megacity One bullshit

Probably a bit cheaper than these things. pic.twitter.com/8QBDYMssE1