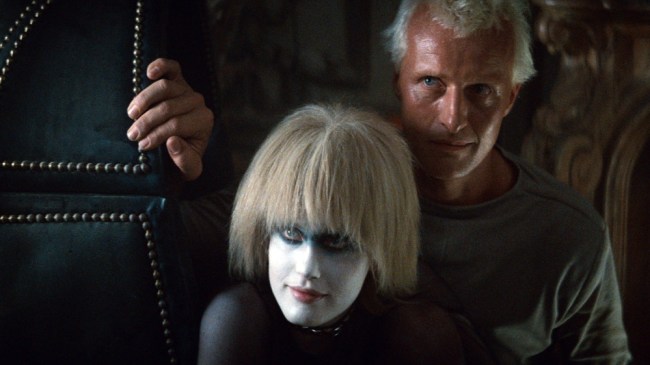 “In a dystopian future Los Angeles of 2019, in which synthetic humans known as replicants are bio-engineered by the powerful Tyrell Corporation to work on off-world colonies. When a fugitive group of replicants led by Roy Batty escapes back to Earth, burnt-out cop Rick Deckard reluctantly agrees to hunt them down while questioning his and the replicants’ humanity through his relationship with an advanced model, Rachael.”

Of note there is the year 2019. As in, the year it will be 13 days from today – a fact that many people on the internet are just now realizing with hilarious results.

For instance, are you ready to change your entire wardrobe to this?

The events of #Bladerunner take place in #2019 pic.twitter.com/cFjqofB9oE

I guess some of you are.

Then again, maybe not much will actually change, depending on where you live.

I was in #Camden on Saturday afternoon. I'm sure I saw all these people.

Blade runner was so accurate about the future.

This is pretty much Brooklyn now

Then again, maybe things won’t end up like they were in Blade Runner in 2019. After all, we didn’t have a global vampire plague like the movie Daybreakers predicted, or fight to the death game shows like in The Running Man, or human cloning like The Island said we would. We don’t have that, right, Avril? Right?!

Also on the plus side, at least we still have 10 more years until cyborg assassins known as Terminators start time-traveling back to the year 1984 completely wrecking our current timeline.

Well, it's 2019 in a few weeks and Blade Runner didn't get it right. 10 more years until we're in Terminator territory and it's looking more and more likely that's gonna be the movie that nailed it

Looking forward to it.