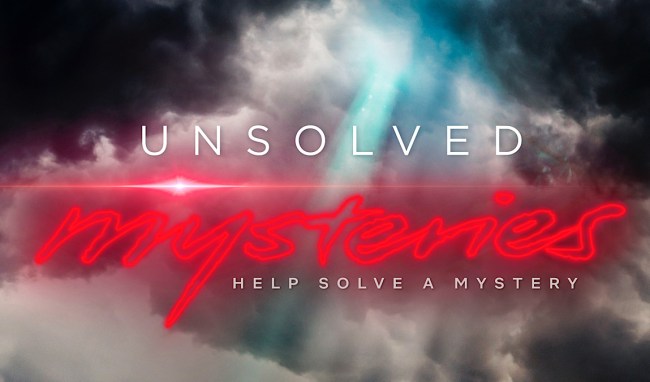 It took 18 years, but the popular TV series Unsolved Mysteries is back. The show’s revival began over the 4th of July weekend on Netflix with six new episodes.

The original Unsolved Mysteries with host Robert Stack ran for 14 seasons from 1987 to 2002 on NBC, CBS and Lifetime and has now reached an eye-popping 580 episodes counting the reboot.

Much like the original version of the series, this revived edition of Unsolved Mysteries is looking to solve cases for which, even after decades, there has been no solution.

According to executive producer Terry Dunn Meurer, who co-created the series, over 260 mysteries from the show’s original run were solved thanks to tips and other related factors.

This time around it’s more of the same as Maurer already reports that after just one day they had received several credible tips, including three the show has passed on to the FBI related to the death of Alonzo Brooks, as well as tips relating to the disappearance of Lena Chapin, and the cause of death of Rey Rivera.

“We didn’t want to just produce the same show (from) 20 years ago. We wanted it to be fresh and feel contemporary,” Meurer says.

“We pass them on to the appropriate authorities,” Meurer told USA Today. It’s only been 24 hours. We’re hoping there’s a lot of people who still haven’t watched and maybe this weekend they’ll sit down and binge the episodes and we’ll get more leads.”

The format of the show now is a little different. For one, there is no host.

“We had to make a tough decision: Should we have a host? We decided it would be impossible to fill Bob’s shoes,” said Maurer.

Other differences include the fact that now each episode focuses on just one particular case versus the three or four per episode that were covered during the show’s original run.

Also, cases that do get resolved will not necessarily be featured on the show itself, but rather on the series’ website or social media accounts.

“We didn’t want to just produce the same show (from) 20 years ago. We wanted it to be fresh and feel contemporary,” Meurer explained.

Speaking of social media, many, MANY people believe that the murder of Patrice Endres was committed by her husband Rob with at least one person calling him the new Carole Baskin.

So Rob Endres is the new Carole Baskin. 😐 These @netflix reality villains are really bold and creepy. Wow.
I hope the show brings new light and justice for #PatriceEndres and her son. #Netflix #UnsolvedMysteries

Damn! Rob killed his wife for sure 👀 Degree in Criminology, I mean...#UnsolvedMysteries pic.twitter.com/11ILIFgwAm

Good news for fans of the show, which spent a great deal of time at number one on Netflix over 4th of July weekend. It is scheduled to return later this year with six more new episodes.