US Troops Nearly Drank All The Beer In Iceland Over The Weekend, Forcing ‘Emergency Beer Runs’ 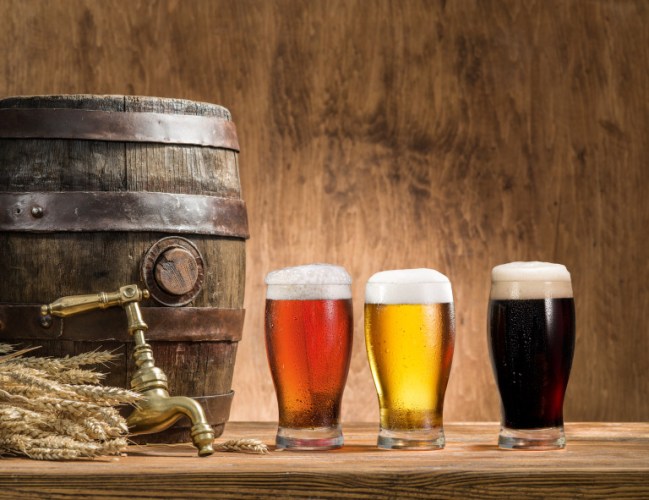 The men and women of the U.S. Armed Forces have been known to enjoy a beverage or three when gathering together in public. Between 6,000 – 7,000 Marines and sailors recently headed to Iceland for the Trident Juncture, considered NATO’s largest exercise in years, “bringing together around 50,000 personnel from all 29 Allies, plus partners Finland and Sweden.” According to NATO, 65 vessels, 150 aircraft and 10,000 vehicles will participate.

In Iceland, US troops did Uncle Sam proud by hitting up the major bars in Reykjavík, forcing “emergency beer runs,” according to Task and Purpose.

They also were very into sampling the local brews, including micros and popular Icelandic lagers.

This blurb from Icelandic Magazine is freakin’ hilarious.

The local news site Vísir reports that the brewery Ölgerð Egils Skallagrímssonar, which makes the popular Gull, had to send out emergency supplies to the bars. According to the sources of Vísir, the soldiers preferred local beers over imports and were very willing to sample different microbrews as well as the more popular standard lagers.

The local blogger Eiríkur Jónsson spoke to restaurateurs who said they had never experienced a similar situation. Bar owners who ran out of beer tried to solve the issue by borrowing from bars which were better stocked, whilemembers of the delivery team from Ölgerðin were called out to help the bar owners cope, but “they were fighting an overwhelming force,” as Eiríkur puts it.

Good job, everyone. You’re doing our country proud. Cheer, you deserve all the cold ones.