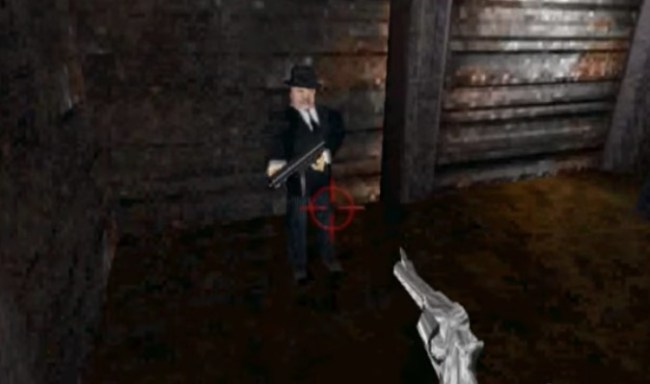 You just got home from school and fired up your N64 and popped in Goldeneye 007 to play with your bros.

You take turns choosing maps each round and when someone picks the ‘Facility’ you race to pick Oddjob because you know that all it takes is one karate chop and your opponent is dead.

Everyone accuses you of cheating but you argue it can’t be cheating if it’s included as one of the options in the game. The game’s creators chose to include it and therefore it’s not cheating because you don’t input any special codes and you aren’t exploiting any glitches.

Nobody has a good enough counter-argument so they let you play with Oddjob. He’s too short. Nobody can hit him. His attack is lethal.

Your bros are pissed, again.

Ever since Goldeneye 007 pioneered the ‘console multiplayer deathmatch mode’ players have been accused of cheating for picking Oddjob. It’s an argument that’s lasted since the game came out in the late 90s. Now, it’s an argument that can be put to rest because the game’s creators have finally weighed in on whether or not using Oddjob constitutes cheating.

Quinn Myers of MEL Magazine recently published an epic oral history of Goldeneye 007 and in it the game’s creators weigh in on how Oddjob’s karate chop came to be and whether or not it’s cheating.

Firstly, it didn’t seem like anyone one game dev was willing to take responsibility for the Oddjob cheat. The blame kind of gets passed around:

Edmonds: I’m not sure who thought of all the different types of cheats, but it probably includes ideas from everyone on the team. I think different programmers added in different cheats: I added the Big Head mode as I wrote all the animation software, and it’s probably my favorite as it looks so ridiculous. (via MEL)

If I was the game dev who created the infamous Oddjob slapping cheat then I’d 100% want to take credit for it. I don’t understand wanting to pass the blame around here.

Here’s what they had to say specifically about Oddjob…

Hilton: We all thought it was kind of cheating when we were play-testing with Oddjob [due to his short stature, the auto-aim of the weapons goes above his head], but it was too much fun to take out and there was no impetus from any of us to change it. It’s clearly become part of the culture and folklore of the game — I noticed playing GoldenEye as Oddjob was mentioned in Ready Player One, so ultimately, I think it’s fine.

Edmonds: It’s definitely cheating to play as Oddjob! But that can just add to the fun when you’re all sitting there next to each other and berating/poking/hitting the person who chooses him. Personally I like to pick Jaws [who originally appeared in 1977’s The Spy Who Loved Me] and then beat the person with Oddjob just to show them! We could have put something in to stop this blatant cheating, but why not just let players decide on their own rules?

Mitchell K.: Oddjob is cheating: He is banned. That said, I have only played with a caliber of people who would never consider choosing him, so it has never been an issue.(via MEL)

There you have it. It’s 100% ‘definitely cheating’ to play using Oddjob.

You can now phone up your next door neighbor from 1998 and tell him that he’s a confirmed cheater.

Also, I HIGHLY SUGGEST reading the full Oral History of Goldeneye 007 on MEL because it’s a great read. Just follow that link!