Vincent Van Gogh Letter Detailing His Brothel Visits To Be Auctioned For Over $200,000 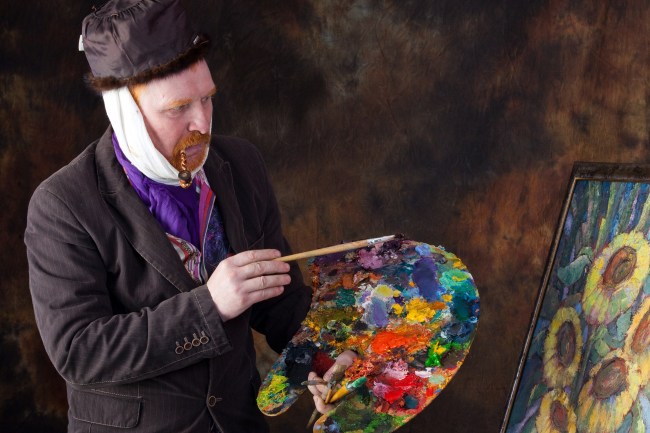 How about Van Gogh, detailing his brothel visits on paper? Seems like the sort of thing best shared via snapchat message or telegram. My bookie used to ONLY talk to me on telegram. Now he just doesn’t talk to me.

UPI– A letter jointly written by painters Vincent Van Gogh and Paul Gauguin, which features details of their visits to French brothels, could sell for up to $282,000 at an auction in Paris.

“We’ve made some excursions in the brothels, and it’s likely that we’ll eventually go there often to work,” Van Gogh wrote in the letter, which was mailed from Arles, France. “At the moment Gauguin has a canvas in progress of the same night cafe that I also painted, but with figures seen in the brothels. It promises to become a beautiful thing.”

Sure Vin, I bet you’ll be much more productive painting from an easel wedged between a table full of knights, just back from pillaging Bavaria, and a line of hookers cooing for your affections. Good lord, a library this is NOT. That statement from Van Gogh is the equivalent to me saying “maybe I’ll go write from the coffee shop adjacent to the rub ‘n tug. They have great Wifi.” Which I have said. I have justified such decisions before. They DO have great Wifi.

Whenever I read some historical allusion to brothels, I’m struck by how casual a trip to these places was. If you were born in the 19th century, going down the road to have intercourse with a prostitute was as normal as grabbing the new commemorative Peanuts stamps from the post office. Intercourse! Intercourse has never been casual. Nothing casual about going all the way. Making out is casual. Intercourse is always a big, big deal. I have attachment issues.

Then religious people had to come along and ruin the fun, as they always do. Thanks a lot, father.

Talk about Van Gogh calling his shot though:

French auction house Drouot Estimations said the letter is “exceptional for the extraordinary meeting of two immense painters, but also for the lucidity and the certainty that their painting will revolutionize the art of future generations.”

He wasn’t wrong. You ever see a Van Gogh in a museum? It makes everything else look like shit. Sorry Rembrandt, maybe try some sunshine next time? Same goes for you, Vermeer. Who hurt you guys?