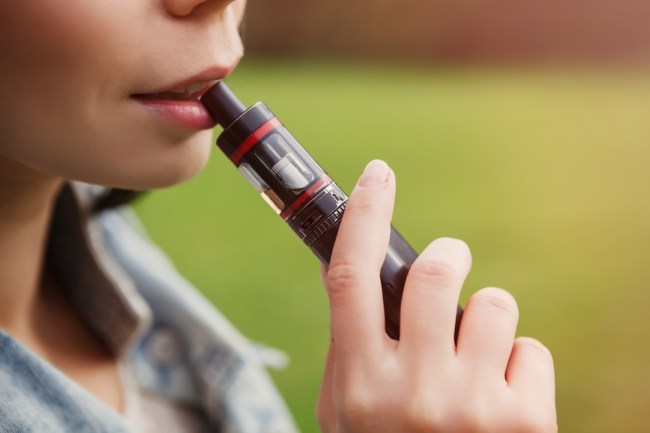 Vaping and smoking e-cigarettes could raise risks of cancer and heart disease according to a new scientific study. Researchers from the New York University School of Medicine said vaping was “dangerous” and should not be promoted as safe. The study found evidence that suggests that vaping and e-cigs can damage and alter DNA, which can lead to cancer.

The preliminary findings come from a study where researchers at the NYU School of Medicine exposed mice to e-cigarette smoke (ECS) for 12 weeks at a dose and duration equivalent to light e-cigarette smoking for 10 years in humans. By the end of the trial, the smoke had caused DNA damage in the lungs, bladders, and hearts of the mice compared to ones breathing normal filtered air. The exposure to e-cigarette smoke also limited lung proteins, which are critical for DNA repair. Cells exposed to ECS could mutate or suffer from structural changes that are tumor-inducing.

Study author Moon-shong Tang, a professor of environmental medicine and pathology at NYU School of Medicine, noted that when human lung and bladder cells are grown in the lab, they turn cancerous at a higher rate when exposed to the nicotine compounds.

The evidence provided an “almost unambiguous” conclusion that nicotine can convert to a carcinogen once inside the human body. “Nicotine is not as innocent as conventional wisdom thinks,” Tang said. “We propose that ECS (e-cigarette smoke) is carcinogenic and that e-cig smokers have a higher risk than non-smokers to develop lung and bladder cancer and heart diseases.” The research suggests that the harm from smoking is derived from all the other compounds in tobacco smoke and not from nicotine.

The study points out that aerosolized nicotine may not be as safe as previously assumed. However, studies also point out that vaping and e-cigs are “far less harmful” than traditional cigarettes.

Recent studies show that e-cigarette smokers have 97% less of NNAL, a lung carcinogen, in their bodies than tobacco smokers. However, vapers have significantly higher levels than those who don’t.

There has been evidence that smoking just one cigarette a day could increase the risk of heart disease. However, Tang warned people thinking about going from smoking to vaping, “We don’t know which one is more harmful.”