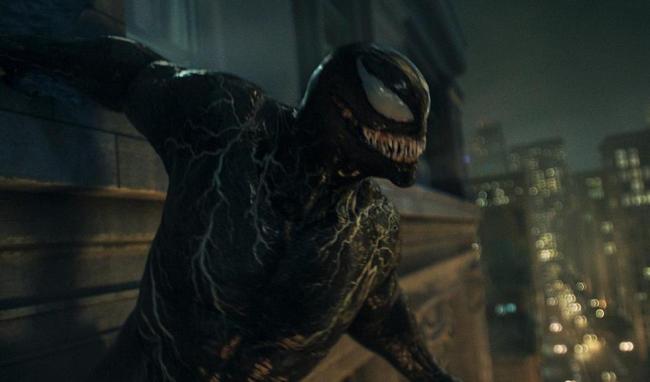 While I wasn’t crazy about the original Venom, I absolutely loved the sequel from earlier this year, Venom: Let There Be Carnage. Directed by Andy Serkis, the film is fully aware of how absurd it actually is and leans into that completely, which in turn resulted in the film being more of a comedy than an action movie. Woody Harrelson, in particular, seems to be having an absolute ball. Granted, the fact that I was *quite* stoned at the screening may have helped, but I digress.

The people of China, though, probably won’t get to enjoy Venom: Let There Be Carnage in the same way that I did, as reports indicate the film may not release there because of comments its star, Tom Hardy, made back in 2012 while promoting Lawless.

Asked at the film’s press conference whether he saw Marlon Brando as an acting influence, Hardy admitted he had only ever seen one Brando movie — not “The Godfather,” “On the Waterfront,” or “A Streetcar Named Desire,” but one he described as “‘The Tea Rising in Shanghai’… the one where he played the Chinaman,” to laughs from the audience. He was referring to the 1956 Japan-set comedy “The Teahouse of the August Moon.” [via Variety]

Hardy would then go on to double-down on his comments in a later interview with Vulture, once again using the term “Chinaman” while also intimating that China will take hostile action on the United States within the next “15 years.”

When the interviewer praised Hardy for being so candid “in an age where everything is so PR-managed,” Hardy replied: “Mmm, well it won’t be [like this] when China rolls on us in fifteen years and we’ll all have to speak Cantonese. Then people will have to grow the fuck up, won’t they? Up to a trillion dollars in debt, then we actually realize that we really are in debt and that China’s a major creditor.”

Hardy didn’t stop there, either, as he would then ask the reporter how their Cantonese is, implying that he’ll have to eventually learn it one day.

“There’s more people in China than there are here. Who are we to stand in the way of what God wants, or whatever your concept of that is? No man can stop a tidal wave…It’s just the rise and collapse of civilizations! “You face the fucking fear and you face it head on. Because it’s going to happen anyway, and it’s not a bad thing! It’s called evolution. How’s your Cantonese?” [via Variety]

It certainly is a shame, because if any movie is going to bring humanity closer to world peace, it’s the unifying Venom: Let There Be Carnage, whose wild, unabashed stupidity translates to all languages and cultures.