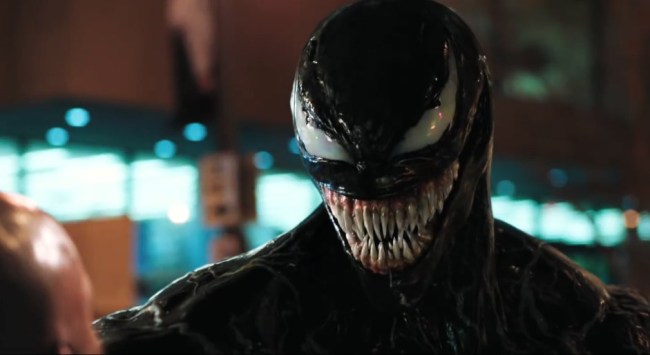 And here I thought Logan and/or Deadpool would be the most violent Marvel movie we’d ever see. Maybe not. At least that is how this second trailer for the upcoming Venom movie starring Tom Hardy is making things look.

We still don’t have a real synopsis for the film. The best we’ve got is, “Following a scandal, journalist Eddie Brock attempts to revive his career by investigating the Life Foundation, but comes into contact with an alien symbiote that bonds with him, giving him superpowers as long as they share the same body.”

However, we do now know who the big bad is going to be, and sorry, Venom fans, it’s not Woody Harrelson playing Carnage as has been rumored. It’s Riz Ahmed as Carlton Drake, billionaire inventor and the evil leader of the Life Foundation, who also becomes controlled by a symbiote known as Riot. 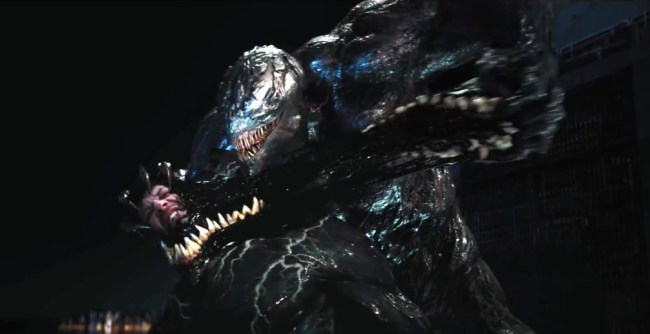 And I wasn’t joking about the movie being ultra-violent. Even the star Tom Hardy made that much clear at Comic-Con, according to The Hollywood Reporter.

“My son is a massive Venom fan, and he was a strong influence on why I should play Venom specifically. I wanted to do something my son could watch,” he said, noting he’s often aggressive and violent in his films. “So I did something where I bite people’s heads off.”

Venom will be released in theaters on October 5th.