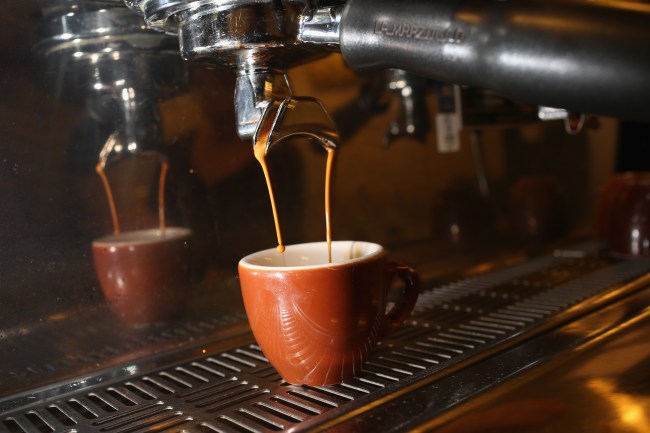 A man was seen on video harassing an employee at Burly coffee in Bed-Stuy Brooklyn for displaying a “Black Lives Matter” sign on Thursday afternoon.

The customer demanded the store take down the “BLM” sign on the front window and refused to put on a mask in protest. The store employee would not take down the sign and told the man “No mask, no service. You need to go,”

The man then begins yelling all-lives matter while arguing with local patrons which led the employee to explain “I don’t understand why this is so offensive to you, to see something saying that ‘Black Lives Matter. “It’s not saying that all lives don’t matter, it’s just saying that Black lives matter because they haven’t mattered in this country ever.”

I can’t believe this happened in Bed Stuy wtf pic.twitter.com/H9iGPARd7s

Here’s a longer video of the confrontation.

Rohan Singh was a witness at the scene told his side of the story.

So, this was my morning. I just wanted to get some coffee. But this racist asshole decided it's time to educate us and "make a protest" about how "all lives matter". https://t.co/Z1LbyBPO52

Thanks Dan. It honestly wasn't that tough of a situation for me personally, once it was clear the person was probably nonviolent. But it was a horrible situation for the barista who was trapped there. I feel really bad for her.

The man in the video spoke with Gothamist and said he was just protesting the coffee shop because he believes “all lives matter”.

Abraham “Avrumy” Knofler, confirmed to Gothamist in a phone interview that he was protesting at the coffee shop today. “I was making a protest—all lives matter,” he said. Asked what he was trying to get out of this, he said, “They don’t have to take it down, I just wanted to defend all lives matter.” On his Twitter page, Knofler is decidedly pro-Trump, with lots of RTs of conservative figures; he also refers to coronavirus as a hoax (“#covidBS”).

The coffee shop later released a statement applauding the staff member for standing up to the man.

We strongly stand with Black Lives Matter and applaud our staff for standing up to the blinding hate that has appeared at our door. Unfortunately, this was not an isolated incident with this person and our priority continues to be the safety and well-being of our staff,” they wrote. “We are overwhelmed by the generous support of our staff via our Venmo Tip Jar. The baristas that experienced this hatred will receive the tips directly. Burly will be making a contribution in support of the community we love and are thankful to be a part of.”

The Coffee shop made a statement on Instagram. pic.twitter.com/rT5qL7CcXk