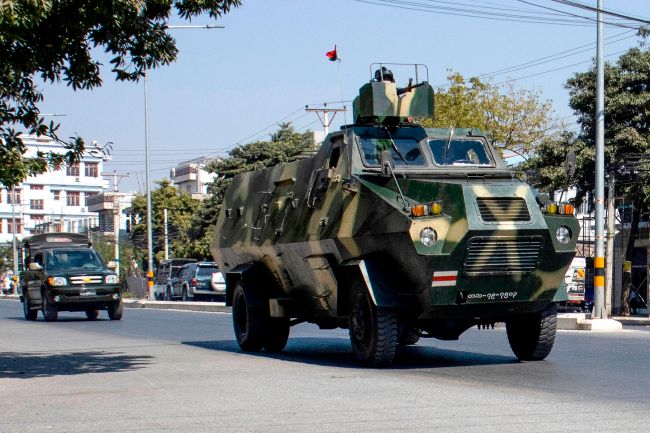 A video of a woman dancing to a funky beat in Myanmar went viral, and it’s a solid metaphor for life these days:

A woman performs an aerobic routine in Naypyitaw, Myanmar, apparently unaware that a convoy of military vehicles are heading to parliament behind her to overthrow the government https://t.co/eWlNwdoeiV

Might be one of the clips of the year. It’s the perfect embodiment of this meme:

And don’t we need that some days? Isn’t the image of a young woman dancing to that funky beat in her Scorpion-lite costume, going about her business while the government crumbles behind her, the example we should all strive to emulate? Head forward, happy days, soldier on.

My question is… is this where she always holds this class? That’s a big road. If I’m honest, it’s the biggest road I’ve ever seen. The sort of road that Sully could have landed on instead of the river. Hard to tell if she’s IN the road or just on the sidewalk, but it’s a very bizarre setting for her exercise vid even without the turmoil and insurrection occurring behind her.

Which makes me think it’s likely a gimmick. It feels like some modern art display. It’s too off the reservation to qualify for a shameless “influencers in the wild” scene. Of course you hope it’s real. But the internet is a dishonest place. Hell, that might even be a green screen behind her. For all we know, she’s on a studio lot in Hollywood with plenty of air-conditioning, craft services croissants, and tiny cups of peanut M&Ms at her disposal. Just needs to get through a couple more shots and we’ll break for lunch.

If you’re interested in what’s happening in Myanmar, you can read more here.